After the summit | MEET-USA.COM Portal
We use cookies to give you the best experience when you visit our website. By continuing to browse the site, you are agreeing to our use of cookies.
HomeCommunityUS newsPoliticsAfter the summit 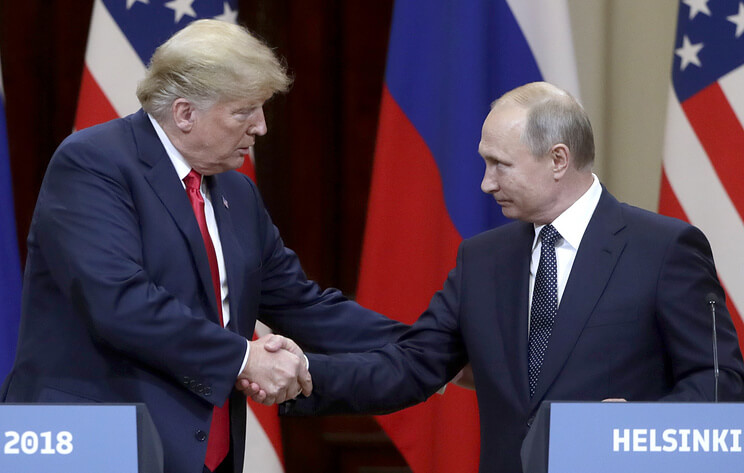 Do you hear this buzz? This is the world community’s discussion of the results of the first full-scale meeting of the US and Russian presidents and statements that were made during the press conference. Now, perhaps, only the lazy does not express the assessment of what is happening.

And although the official statements of the summit participants sound very encouraging, experts from different countries discuss and analyze these statements literally according to the words.

A lot of criticism was hailed on Donald Trump for showing softness, or rather for lack of rigidity on issues such as interference in 2016 election. And he later even had to apologize for allowed reservation when he said: "I see no reason why it could be Russia," although a written version of this speech was: "I do not see the reason why it could not be Russia ".... There could be other people. A lot of people from everywhere." He also said he believes the results, which led to investigation of US special services, confirming Russia's intervention in the elections of 2016, but at the same time he believes Vladimir Putin, who categorically denies this accusation. And this, too, caused great outrage.

In general, judging by the headlines of the world media, they believe that Trump "lost" this meeting. Although as the result, the presidents managed to reach agreements on several important issues. For example, development of economic relations between the countries and creation of a working group with participation of the "captains of business" of Russia and the United States. "To promote mutual trade and investment, President Trump and I agreed to create a high-level group that would unite captains of Russian and American business. Businessmen know better how to build mutually beneficial cooperation. Let them think what can be done and make their proposals on this matter", - Putin said. The Russian president noted that at the talks the economy was given special attention and stressed that there is certainly an interest in cooperation on the part of the business circles of the two countries.

In addition, countries agree on settlement of the Syrian crisis. "Cooperation between Russia and the United States can lead to salvation of the lives of hundreds of thousands of Syrian citizens," said Donald Trump. He is also confident that Russia will work with the USA to denuclearize the DPRK. After the summit, on the way to Washington, he published several posts in his Twitter, defending himself against bashing. One of them states: "I would rather take political risk in pursuance of peace than risk the world in the name of politics. Productive dialogue is useful not only for the USA and Russia, but for the whole world."