An awful lot of fun | MEET-USA.COM Portal
We use cookies to give you the best experience when you visit our website. By continuing to browse the site, you are agreeing to our use of cookies.
HomeCommunityUS newsCulture & SportsAn awful lot of fun

An awful lot of fun 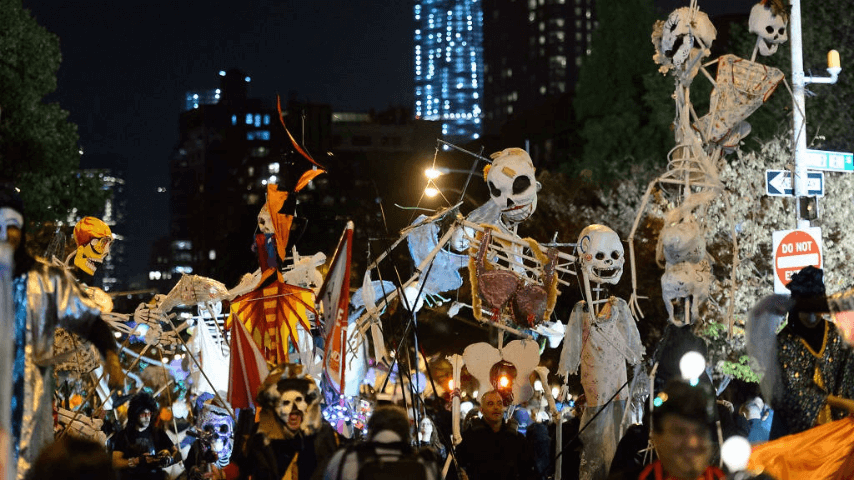 The entire USA began preparing for celebration of Halloween a month ago. It is traditionally celebrated on the eve of All Saints Day, on the last Sunday of October.

Already tonight in New York, almost all public city venues and parks will host movie screenings of “terrible” films, and tomorrow morning various festivals and quests for both children and adults will take place, including visits to “scary” houses and master classes on making pumpkin jewelry. And the traditional annual parade of “monsters” in Brooklyn - the 13th Annual Halloween Partyand Parade will be the enchanting conclusion of the holiday on Sunday. Here everyone tries to stand out in his “scary” way, but in any case, everyone is having fun — people in costumes and without them, having an incredible make-up, having fun, being photographed, getting acquainted, dancing and singing. After the end of the parade, they usually go to holiday parties.

On the website of the New York Department of Parks and Recreation, you can see the full program of events.

The popularity of this unofficial holiday is catching up on Christmas. Practically in all the restaurants and coffee menus there is already a pumpkin latte, mannequins in the shop windows are dressed in orange dresses, on the streets of the cities decorations from pumpkins and other orange decor elements are being set.

There are different versions of the origin of Halloween and holiday traditions. It is believed that the ancestor of Halloween is ancient Celtic festival Samain. Some of its traditions have become the elements of All Saints Day, declared in the VIII century by Pope Gregory III.

Europeans believed that on November 1, winter time begins and families are visited by the souls of their deceased relatives. Together with them all evil spirits come to the earth. To deceive the evil forces, people began to use “pumpkin lamps” for illumination and put on the clothes of blingers, vampires, mummies and other evil spirits and monsters.

Later, the holiday became known as Halloween and turned into a Day of fun, gifts, practical jokes. But "Jack's lanterns", carved out of a pumpkin, remained its indispensable attributes. They are installed at the entrance and inside the house, on the window sills, being taken for walks.

Halloween has many traditions in the USA. The most popular are the costumed parties. Unusual outfits are the most diverse. Caricature masks of popular figures, masks of movie characters, characters of fairy tales and fantasy creations are widely used. A new trend in the USA is dressing up in Putin. A huge variety of masks, t-shirts with prints appeared on sale. There are a lot of masks with Donald Trump, Kim Kim Jong-un, Obama and Hillary Clinton. 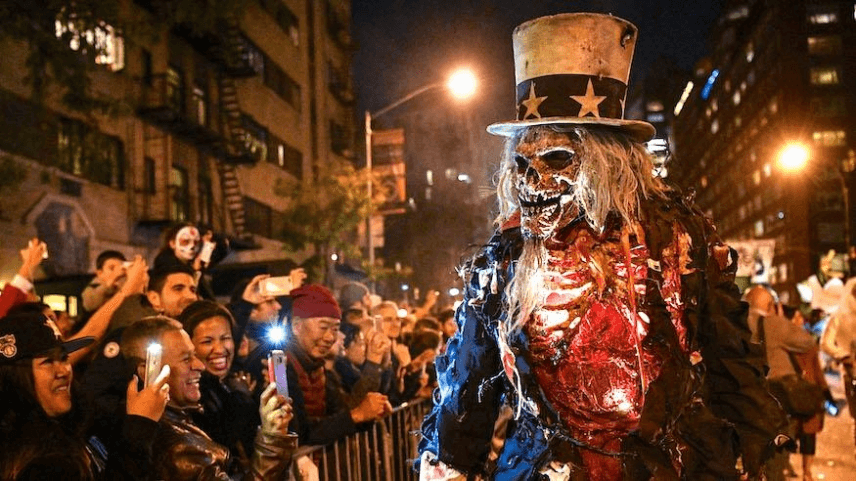 Halloween time is the time for traditional purchases and promotions in trade and services. Groceries, clothing shops, shops of household appliances, modern gadgets carry out a variety of promotions, announce attractive discounts, bonus programs. Therefore, Halloween is a great time for shopping.

Unusual outfits, large packages of small candies are always in great demand, because another tradition of the holiday is visiting homes, retail outlets, laundries, cafes, and hairdressing saloons by children dressed in thematic clothing. Asking the question: "Trick or treat?", guys collect candy and sweets. They can punish stingy owners by messing up a door handle, by breaking an egg on a door jamb.

After celebration of Halloween in the United States it’s time to prepare for Thanksgiving in November and Christmas in December.