Barbara Bush: wife and mother of the US president 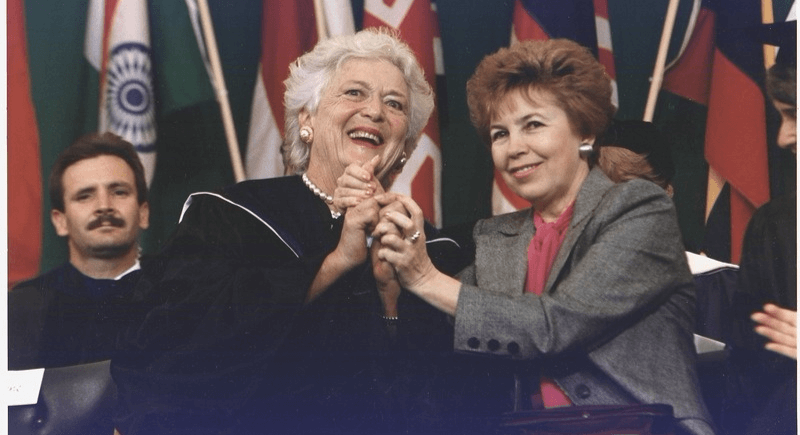 Barbara Bush is the wife of 41st US President George Bush Senior and the mother of 43rd US President George Bush Jr., died on April 17 at the age of 92 years.
On Tuesday evening, her husband's office officially announced the demise, but without revealing the reason. It is reported that Ms. Bush struggled with chronic obstructive pulmonary disease and congestive heart failure. Her family announced two days earlier that she "decided to abandon further treatment" after recent hospitalizations due to her "poor health".

Being a matriarch of one of the political dynasties of the USA, Mrs. Bush spent almost half a century in full view of public. She married a military pilot, George Bush, in January 1945, and as she herself said: "I married the first man I kissed. When I tell this to my children, they are almost nauseated. " But this marriage is the longest of all presidential couples in the history of America. 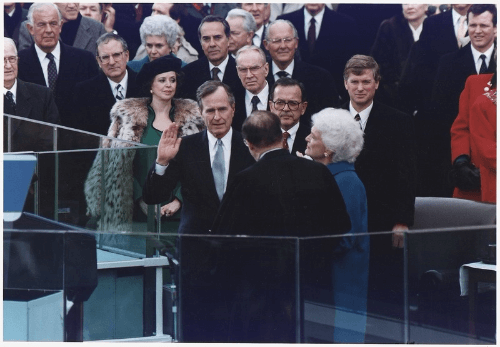 Barbara Bush gave birth to six children, but the eldest daughter Robin died of leukemia, before 4 years of age in 1953. This tragedy was a serious test for the family, and even decades later, Mrs. Bush could not calmly talk about it. Later, together with her husband, they established the Fund to fight leukemia, which attracted money to study the disease and raise awareness of it. The efforts aimed at helping her son Neil in overcoming dyslexia led to establishing of the Barbara Bush Family Literacy Foundation, which promoted development of reading skills throughout America, especially among children. As a first lady, she focused on the literacy issue and participated in several organizations, engaged in reading.

Barbara Bush is known for her frankness and self-critical witty statements.

"Believe in something more than yourself. Be involved in the great ideas of modernity. "

In addition to her memoirs, she is the author of the books "C.Fred's Story" and "Millie's Book", based on the life of their dogs.