Bombs for Democrats | MEET-USA.COM Portal
We use cookies to give you the best experience when you visit our website. By continuing to browse the site, you are agreeing to our use of cookies.
HomeCommunityUS newsPoliticsBombs for Democrats

Cesar Sayoc was brought to trial on charges of violating article 5 of the US Penal Code, including transportation of explosives, illegal mailing of explosives, threats to former and current federal employees, but during proceeding charges may increase, leading to increase of term of imprisonment and he may be sentenced to imprisonment for up to 48 years. 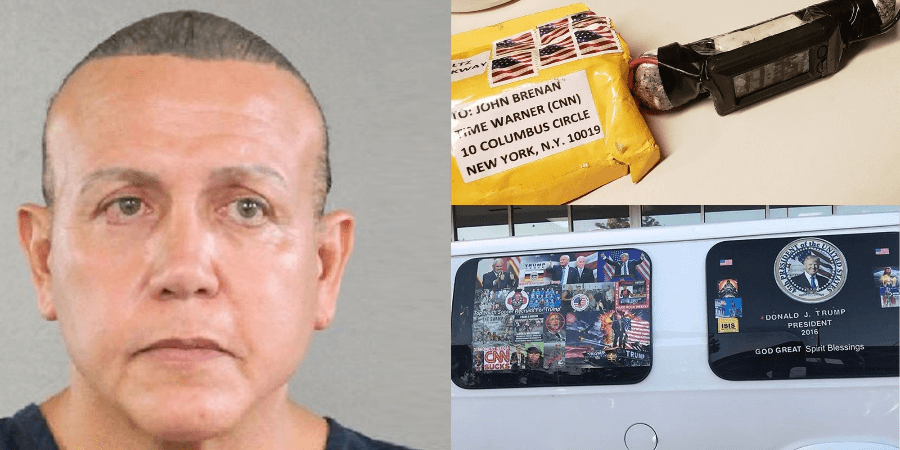 On Friday, federal agents arrested Cesar Sayoc, a 56-year-old resident of Aventura, Florida, on suspicion of sending packages with a 15-centimeter PVC tube, small watches and potentially explosive material. Each of them had to explode after opening, but, fortunately, everything went without tragic consequences. The experts could not determine why explosive devices did not work. Among the reasons there may be a bad construction or simply the desire to scare people without causing physical harm.

The first parcel was brought on October 22 to the residence of billionaire George Soros. A suspicious parcel was carried away from the house, opened and brought to the police. In a week, many Democrats who criticize Donald Trump’s decisions, including Hillary Clinton and former United States President Barack Obama, as well as actor Robert De Niro, received deadly packages.

According to NBC, a list of more than 100 names was found at the accused. After the suspect was arrested, ominous packages continued to arrive to the addressees. One of the latest packages was found in the state of Georgia before the accused was brought to court. 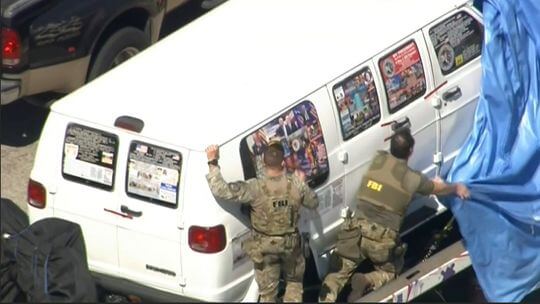 Cesar Sayoc came to the attention of the investigators after finding coincidence of his fingerprints with the fingerprints on one of the explosive wrappers and detection of traces of DNA. He was detained next to his own van, where he lived and he could manufacture explosive devices. On the one hand, car windows were decorated with stickers in support of the current president, and on the other, with stickers with images of the faces of his opponents, covered with an Aiming cross. During the search soldering devices were seized from him, as well as, stamps similar to those pasted on parcels and printing devices.

Since 1991, Cesar Sayoc has been arrested about 10 times because of theft, fraud, and illegal possession of steroids. In 1994 he was arrested on his mother’s charges of domestic violence, in 2002 - for the threat of an explosion. Since 2016, he has become a member of the Republican Party and has shown fanatical loyalty to Trump.

The prosecutor's office is categorically against release of the accused on bail. Preliminary hearings will continue on November 2.