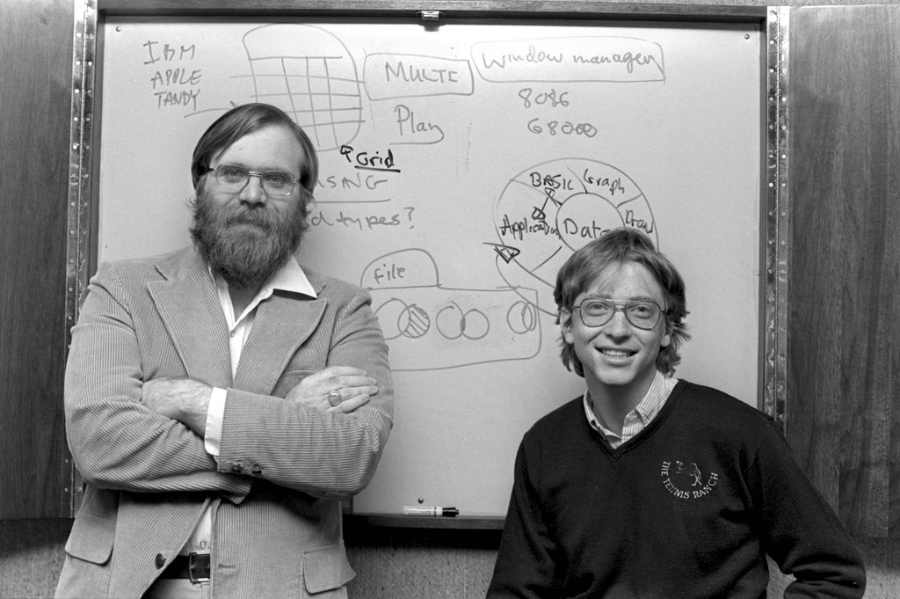 In 1983, Paul Allen was diagnosed with Hodgkin's lymphoma (cancer of a lymphatic system), then he had to leave the IT giant, although he had participated in its management for another 17 years as a member of the board of directors.

2009 has prepared another test for Paul. He had to fight another type of cancer, and years later there was  again with Hodgkin's lymphoma, because the disease returned. A successful businessman struggled to the last breath, but cancer turned out to be stronger.

Microsoft – how it all began

An enterprising businessman persuaded Bill Gates, his school friend to leave university and devote all his time to developing programs. Thus, in 1975, the friends created Microsoft.

In his memoirs, Paul Allen described how he came up with a company name and a two-button mouse. Joint business quickly gained momentum. The company has become a market leader in information technology and computer equipment.

His name is closely connected not only with founding and development of Microsoft, but also with Seattle's accomplishment, charity, and scientific activities. After leaving IT Allen opened Vulcan company and started investing in various projects. On the 2018 Forbes list, Allen was on the 44th position. His fortune was estimated at $ 21.7 billion.

Vulcan owns such an exclusive facility as the extravagant building of the Museum of Pop Culture in Seattle. Allen founded brain research institutes, an institute that develops artificial intelligence. He explained his interest in scientific activities by desire of a former software engineer to understand the principles of brain functioning, movement and storage of information in it.

The philanthropist businessman allocated significant funds for charitable purposes. Among his social projects there are housing for low-income people and homeless people. He did not spare $46 million to finance such houses. The bachelor Paul collected rich collections of works of art, twentieth-century planes, he owned a 122-meter yacht, a basketball club and a football team.

Upon learning of the death of a former business partner, Bill Gates emphasized that thanks to Paul, contemporaries have personal computers. But over time, it became insufficient for his to have one company, so he used his intellectual abilities to improve the life of mankind. According to Bill Gates, Allen believed that, having the potential to do good deeds, good deeds should be done.