The new chief of the American diplomacy: what is the «threat»? 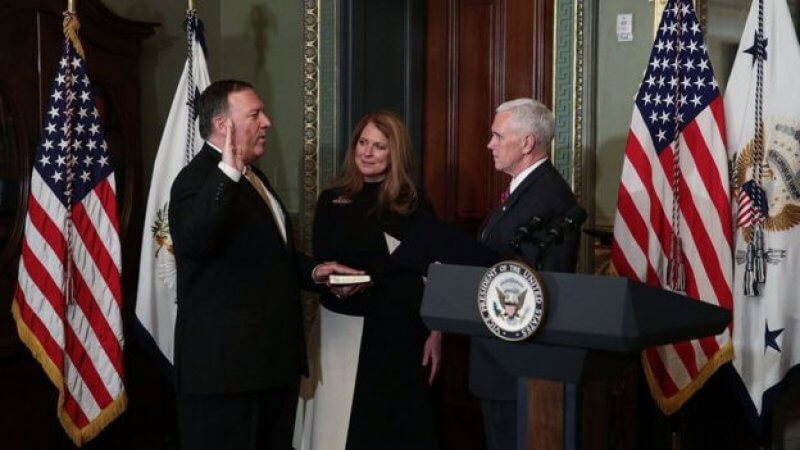 During voting 57 senators voted in favor and 42 against with one abstained. President Trump welcomed the endorsement of Mike Pompeo, whom he himself proposed as US Secretary of State after he dismissed Rex Tillerson, who held the post since February last year, amid disagreements over several key issues, beginning from Russia and Iran to the Paris Agreement on Climate Change. "The fact that the State Department will be headed by a patriot with such great talent, energy and intelligence as Mike, will be an incredible advantage for our country at this crucial time in history."

Pompeo, a graduate of the military academy of West Point and a former army captain, was elected three times to the US House of Representatives from Kansas, where he represented the Tea Party, an extremely conservative wing of the Republicans. At the end of January 2017, Mike Pompeo became Director of the CIA after Donald Trump became the President of the United States.

Mike Pompeo immediately took up his post and has already gone to Europe to attend a meeting of foreign ministers of NATO member countries, where preparation for the summer summit in Brussels will be discussed with the following main topics: Russia, Syria, nuclear agreement with Iran, educational mission in Iraq and Western Balkans.

This meeting will be the first "stage exhibition" by a newly-appointed US Secretary of State, and many foresee and expect a "new era" of the American diplomacy, taking into consideration Mike Pompeo's earlier strong and sometimes harsh statements on key issues of the international politics.