Trump thanked Putin for his appreciation 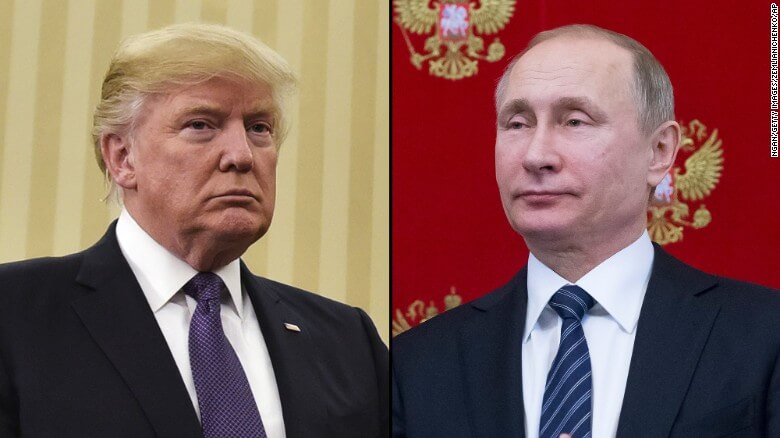 Two presidents talked on the phone after Putin's annual press conference in Moscow.

According to the White House, they discussed ways to work together on the North Korean nuclear and ballistic weapons program.
In the statement of the Kremlin, in addition to North Korea, it is also said that Trump and Putin discussed relations between the two countries and agreed to keep in touch. The Kremlin noted that this call was made on the initiative of Donald Trump.

During his big press conference in Moscow on December 14, Vladimir Putin answering the question about evaluation of Trump's actions in the first year of his tenure as a US president, said: "We objectively see some fairly serious achievements, even during that short period of time that he works ". In particular, there was talk of the economy and growth of US stock markets.

"This testifies to confidence of investors in the American economy. This shows that they are confident in what President Trump is doing in this area," - Putin said.  "With all due respect to those who oppose President Trump in the United States, these are objective factors."

Putin spoke very critically on those who "oppose President Trump" and those who are investigating potential collusion between Russia and Trump's presidential campaign of 2016, accusing them of undermining confidence in America's political system, discrediting the president and disrespecting voters who voted for him. "This is all invented by people who are in opposition to Trump to give his work an illegitimate nature."