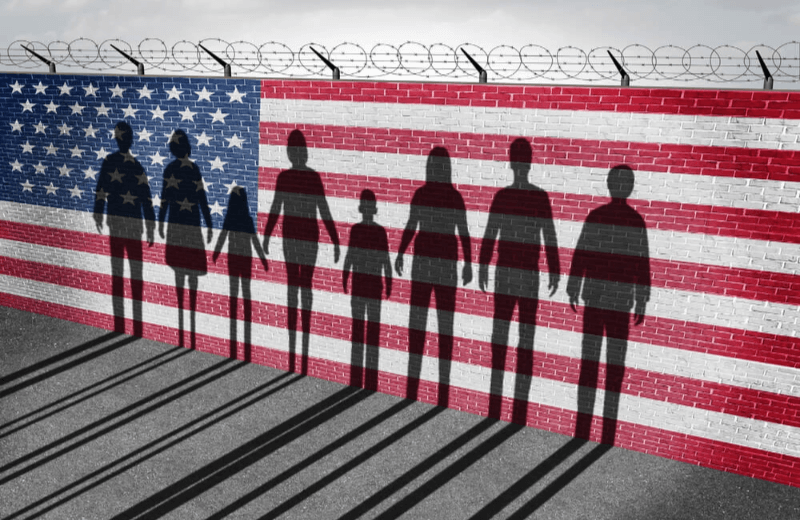 U.S. President Donald Trump again called on Congress Thursday to overhaul the country's immigration laws, even though his fellow Republicans are sharply divided on the issue and the House of Representatives twice already has rejected legislative proposals Trump said he supported.

Trump said U.S. border agents need to tell migrants trying to enter the country illegally at the southern U.S. border with Mexico to stay out without judicial review of their asylum claims, "just as they would if they were standing on your front lawn."

"Law Enforcement at the Border is doing a great job, but the laws they are forced to work with are insane," he said. "When people, with or without children, enter our Country, they must be told to leave without our Country being forced to endure a long and costly trial. Tell the people 'OUT....' Hiring thousands of 'judges' does not work and is not acceptable - only Country in the World that does this!"

Congress must pass smart, fast and reasonable Immigration Laws now. Law Enforcement at the Border is doing a great job, but the laws they are forced to work with are insane. When people, with or without children, enter our Country, they must be told to leave without our........


He implored Congress to "FIX OUR INSANE IMMIGRATION LAWS NOW!"

It is uncertain whether Congress in the coming weeks will again attempt to approve immigration legislation, with Trump at various times telling Republicans to "stop wasting their time" in the face of Democratic opposition, and at other times telling lawmakers to approve the overhaul of U.S. policies.

In his latest remarks, Trump ignored commenting on the immediate immigration crisis his administration faces at the border, the result of his "zero tolerance" policy to detain everyone crossing the border illegally.

A federal judge has ordered the government by next Tuesday to reunite the youngest of the migrant children with their parents that border agents, on Trump administration orders, had separated in recent weeks when they were apprehended crossing illegally into the country. After an outcry over breaking up families, Trump reversed course and said they should be kept together while they await legal proceedings on their asylum claims to stay in the United States.

For years, U.S. lawmakers have been stymied in trying to overhaul the country's immigration laws, most recently late last month when the House twice defeated proposals that Trump said he backed. The plans drew unified Democratic opposition, but Republicans also were splintered.

The legislation would have provided funding for a wall along the Mexican border to thwart more illegal immigration, a Trump priority the president frequently demanded during his 2016 presidential campaign.

But the most conservative lawmakers expressed vocal opposition over creating a path to citizenship for hundreds of thousands of young immigrants already living in the country, who years ago were brought illegally into the U.S. by their parents. These lawmakers say that granting the immigrants citizenship would amount to "amnesty" for lawbreakers.