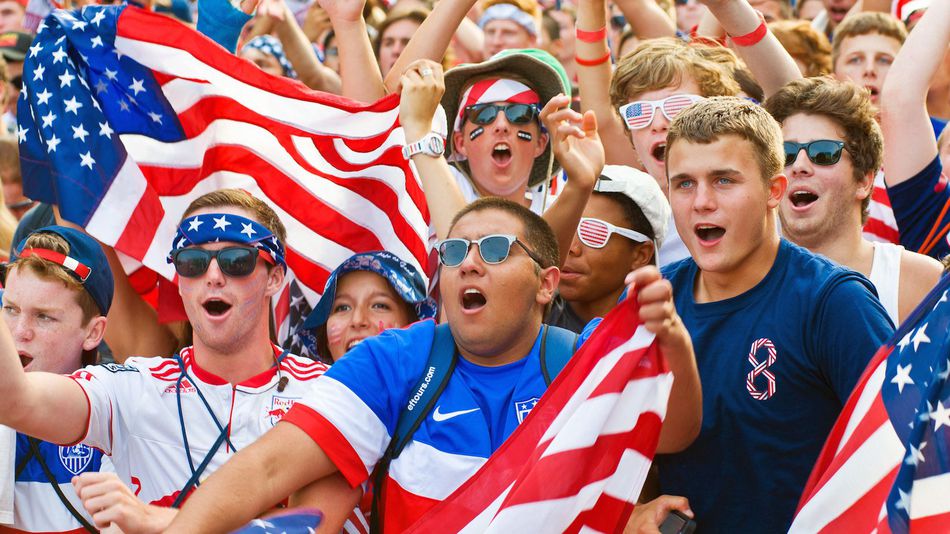 Americans are a sporting nation, they love and respect sports and are actively interested in it. The features of the American culture and lifestyle led to the fact that there are American sports, popular in the USA rather than anywhere else (and mentally close in spirit to Canada). Next, we will dwell more on the most American sports - baseball and football (in the local sense of this sport).

It is worth noting that both amateur and professional sports are developed in the USA. During the entire period of participation in the Olympic Games, American athletes won the greatest number of medals (over 2500 pieces). Americans are traditionally strong in those sports that are most popular in the country: basketball, hockey, track and field, tennis, swimming, rowing, golf, bowling.

Amateur sports are developed in the educational institutions. Teams of schools, colleges and universities fight among themselves in different sports. High results allow to qualify for higher scholarships in the universities. The National Association of Student Sport coordinates the sport among youth, the prototype of which was the Ivy League, which unites the eight most popular and prestigious educational institutions of the United States.

The most American sports are baseball, American football, basketball and hockey. In addition, volleyball, water polo, lacrosse (an exclusively American team game), golf, frisbee, motosport and so on are also popular. Among non-command sports, swimming, track and field athletics, boxing are in the lead.

The above-mentioned "big four" of the most popular sports is the most profitable. Matches of favorite teams in football, baseball, hockey and basketball take place at the filled bleachers and bring the maximum income. The activities of teams are coordinated by the leagues, whose abbreviations are known well all over the world: NFL (National Football League), NBA (National Basketball League), NHL (National Hockey League) and MLB (Major League Baseball). It is worth noting that under football in the United States the American version of this sport is understood, which is completely different from the usual team game for Europeans.  The football known to us is called soccer by the Americans. 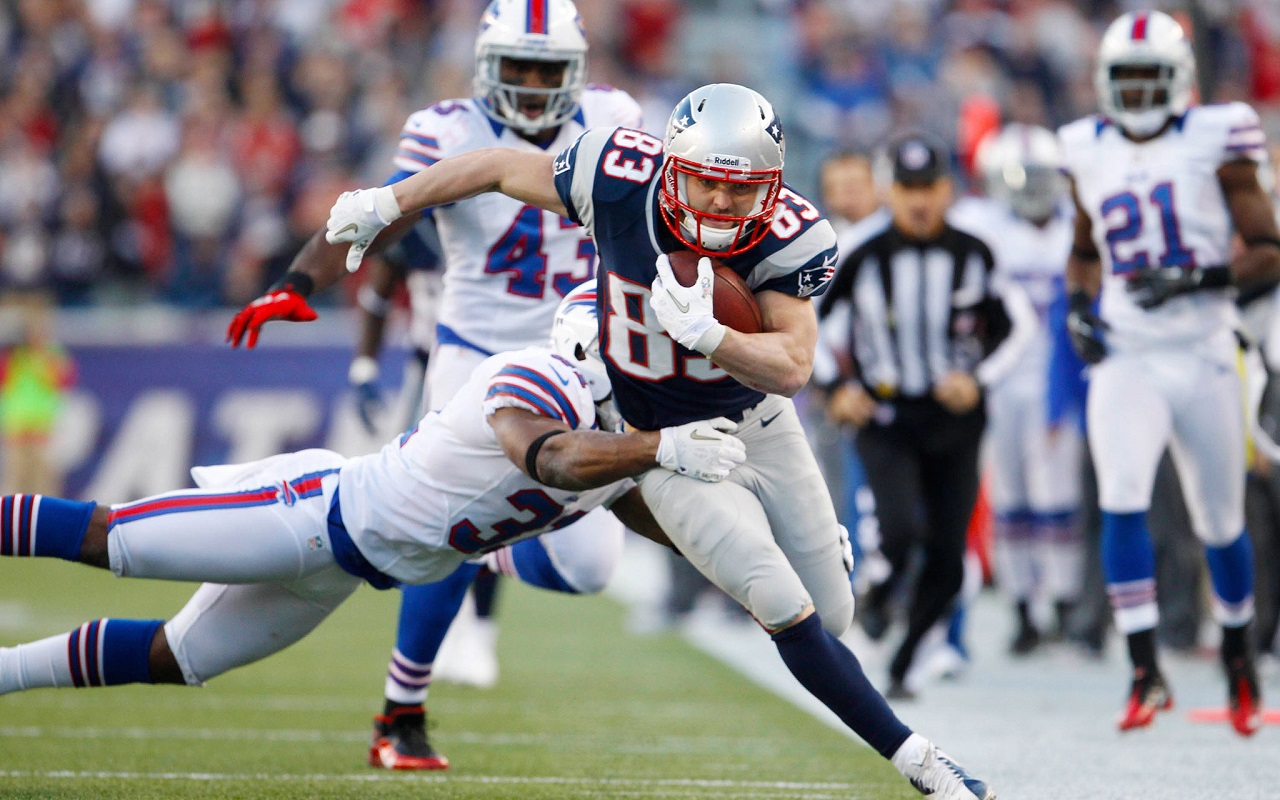 Enormous support of fans was received by the exclusively American sport, which in the USA is called football. American football is played by the maximum number of students in schools and colleges. Among fans, it is popular at 40% of viewers of popular sports TV channels.

The American football is played on the field, which measures 109.7 x 48.7 meters. The field is divided into several zones, the outermost of which are called goal lines and scoring zones. The opposite edges of the scoring zones have a kind of a gate in the form of a slingshot, the crossbar of which is located at the height of 3 meters from the ground and has the width of 6 meters. By the way, student teams play on the field with goalposts that have large dimensions in comparison with professional ones.

The essence of the game is to earn the maximum number of points that are awarded at certain situations. An oval ball, which is played in American football, can be entered into the opponent's end zone and get for this maximum of 6 points, this is called a touchdown. One can poke the ball home and get 3 points (field goal). For stopping of an attacking team in the end zone 2 points (safe) are received. By the way, after touchdown, the team that attacked has the opportunity to get a few more points. To do this, it is necessary to either poke the ball home and get 1 point (extra point), or again make a touchdown, starting a new attack from the distance of 2 yards from the end zone, for this 2 points are given.

The total duration of a match is 1 hour. This time is divided into two equal parts, which, in turn, are divided in two. In each of the quarters the teams take turns acting as attackers and defenders. The beginning of the game, as well as of its second half, is a kick on the oval ball ("kikoff"). The kick is executed from the mark of 35 yards (32 meters) towards the end zone of the opposing team. The essence of the game is reduced to moving the ball towards the opponent's woodwork, while holding the ball in hands, it should not touch the ground. The team has four attempts, for which it is necessary to approach as close as possible to the end zone of rivals.

In total, 11 people from each team with their own specifications participate in the game. American football is a very tough sport, in which, however, not just a brute force, but certain strategies and tactics, play a crucial role. 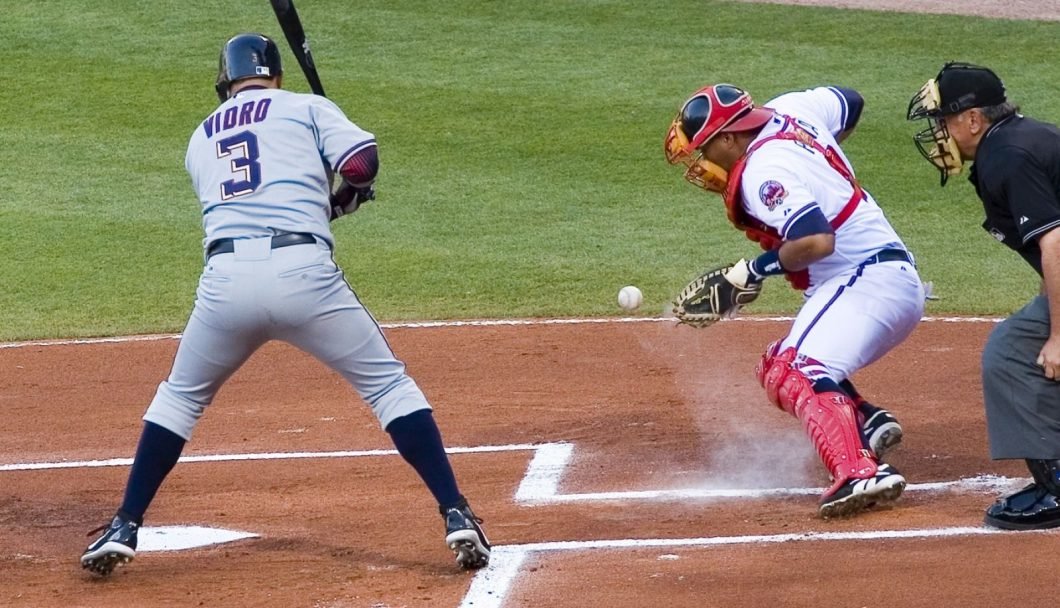 Baseball rivals with American football for the title of the most popular team game in the United States. The game uses bits and a special ball. The essence of the baseball game is confined to gathering maximum points. Points are awarded after a player returns to the starting point, having consistently visited the other corners of the square, the so-called bases. Each team has 9 players in it and is in attack and defense in each period.

The ball on the field is served by a special player, a "pitcher" who throws it to the "catcher". These two players belong to the team keeping it tight at the back. The player of the attacking team, a "batter", aspires to hit the ball with a bat out of bounds. When beating the ball, a player runs to one of the bases, depending on the success of a strike. After hitting "home", a "batter" becomes s "runner", and a next player is coming up on its place.

The team keeping it tight at the back has all the players on the field who are trying to prevent a "batter" (catching a beaten ball and trying to throw the ball to their player before the opponent hits the base). The rules of the game may seem very complicated, but in the USA everyone understands them.

The American football and baseball are played both by professional teams under the leadership of the relevant leagues, and amateur ones, run by the National Association of Student Sports. American sports, especially popular in the USA, are not confined by baseball and American footbal. Frisbee, lacrosse, basketball and hockey, popular all over the world, cycling, rowing and many others are of great demand. In general, Americans, contrary to popular belief, are a very athletic and healthy nation.