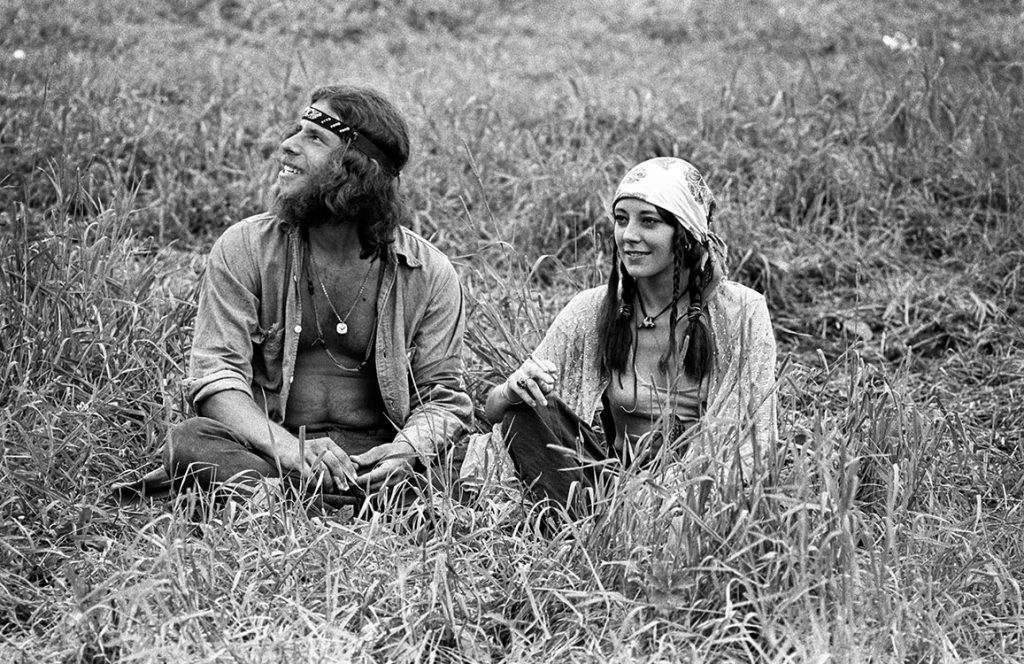 In the 60s of the last century, societal division occurred in the American society, as a result of which a hippie youth movement appeared. These people were far from politics, showed a silent protest to the foundations of the society, to which ordinary Americans were accustomed, and condemned the war in Vietnam. The hippies were harmless and peaceful enough to pose a threat to the authorities, however, they led a vagabond way of life, despising the benefits of civilization. Their main life motto, promoting sex, drugs and rock and roll, defined the worldview of several generations of Americans. And the WoodstockMusic & ArtFair festival, which is still considered one of the most legendary events in the world of music, has become a cult event of the hippie era.

How has the idea of the festival come up 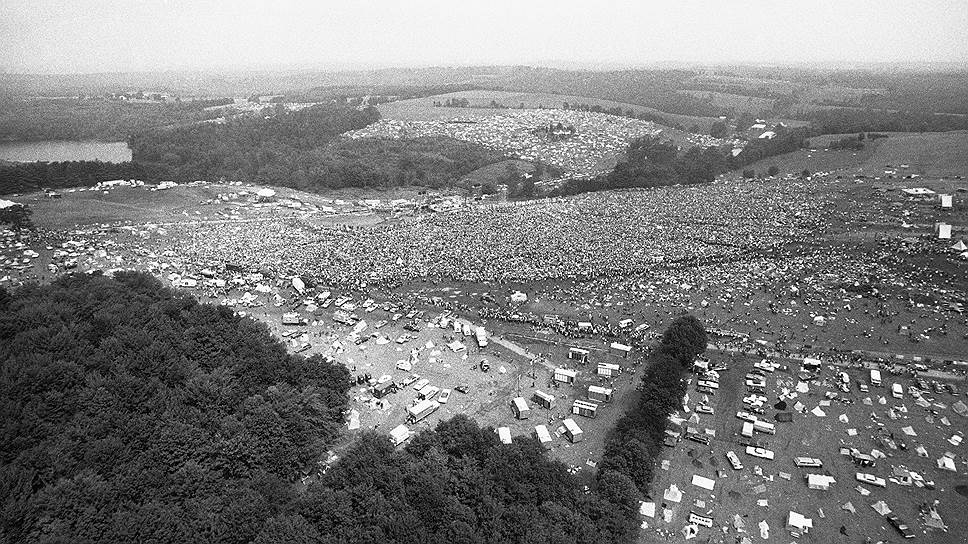 In 1969, fate was pleased to bring together several people at once - Artie Kronfeld, Michael Lang, Joel Rosenman and John Roberts. Rosenman and Roberts were the children of wealthy parents who decided to start their own business, and therefore gave an advertisement in the newspaper that they were ready to invest in an interesting and profitable project. Kronfeld and Lang at that time considered themselves to be experienced producers who had a dream to organize a large-scale music festival.

The small town of Woodstock, famous for its park, was chosen as the venue. It was there where the four decided to arrange a three-day festival. But almost at the last moment, when contracts with musicians were already signed, the town administration refused to hold this mass event, rightly fearing that Woodstock would not sustain such a huge influx of guests (organizers said about 50 thousand spectators would be present). As a result, a few days before the event, the organizers had to look for a new venue. It became a farm field near the town of Bethel - its owners had permission to hold mass events, so the local authorities could not make the ban. The organizers decided not to change the name of the festival.

Who were the musicians who came to Woodstock? 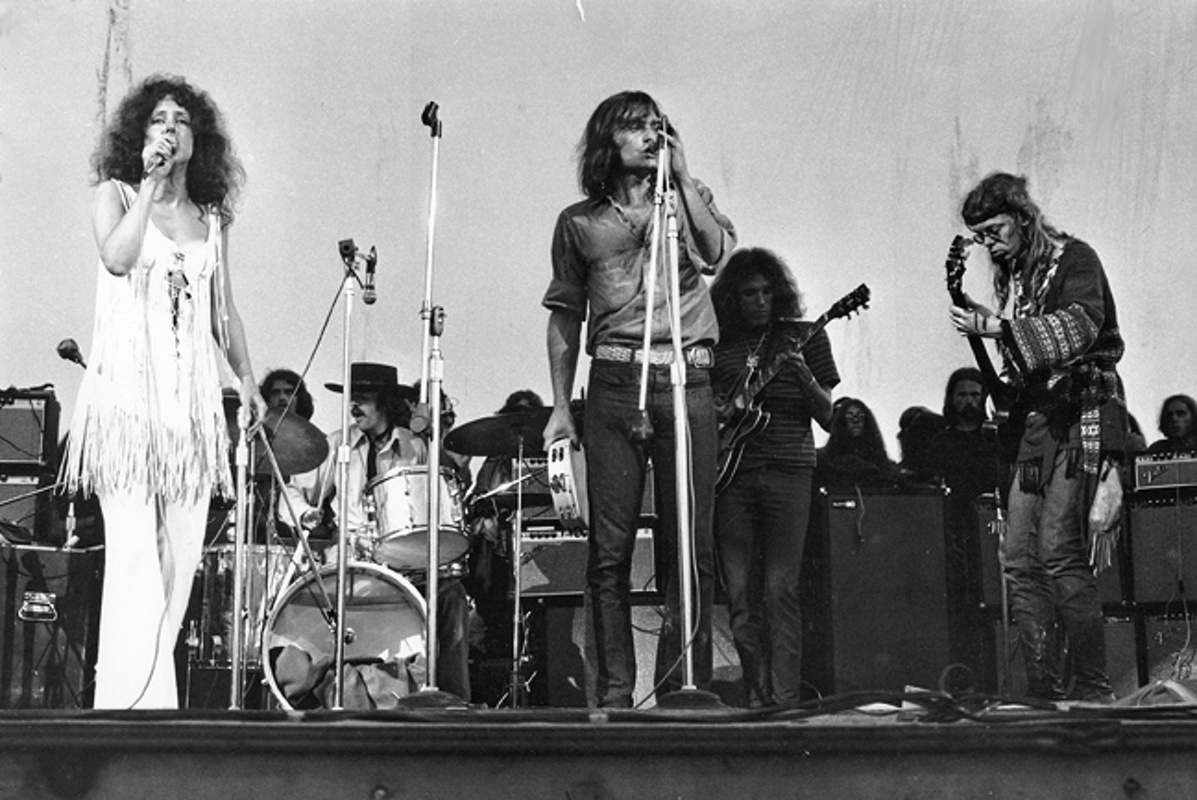 The invitations were sent to many groups and performers, but the real stars refused to participate at the festival, which was considered dubious. In particular, Woodstock was ignored by The Beatles, The Doors, Led Zeppelin, The Byrds, JethroTull, Frank Zappa and Bob Dylan, on which the organizers relied.

“Second tier” groups, The Who, Jefferson Airplane, Ten Years After, The Grease Band and its leader Joe Cocker confirmed their agreement to participate. The first to sign a contract and receive a fee of $ 10,000 were the musicians from Creedence Clearwater Revival group, after which, according to the recollections of the organizers, a queue was made up among those who wanted to participate. Among the young talents who passed shortlisting were Jimi Hendrix and Janis Joplin, who later became legends of the American blues scene.

Only a year later, after release of a documentary, this festival became iconic, but at the time of it, few could have imagined that a simple farm field with a lake on the edge, where only one scene was set, would go down in history of world rock music. And its members will become celebrities and idols of millions of people around the world.

Rain, mud, tents - and no security 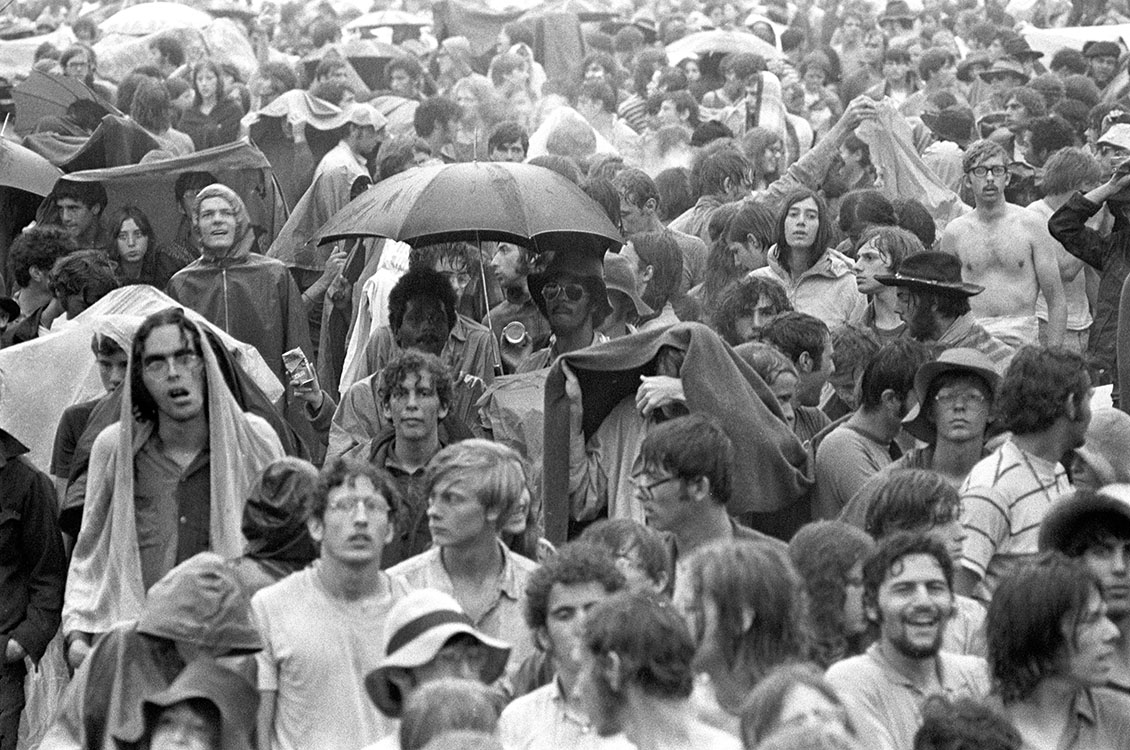 The organizers guessed on the scale of the event only a day before the festival, when kilometer traffic jams formed on the roads leading to the farm field. Not only ordinary music lovers got stuck in them, but also musicians of several groups, because of which their performances had to be postponed. The check list was designed in such a way that for three days, from August 15 to August 18, groups and individual performers were to appear on the stage from lunch until late at night. The first and last days were expected to be less saturated, but on August 16, 14 groups climbed the stage, including Creedence Clearwater Revival. However, the musicians themselves did not like the performance, since it took place well past midnight on a half-empty field. The reason for which the group postponed its performances several times was due to pouring rain, which from time to time “watered” the field throughout all three festival days. As a result, it turned into a solid mess of dirt, in which the hippies threw groundsheets to sit down. Many slept right in the guck, as they had not guessed to take tents with them.

Initially, the organizers set up fencing around the field, but at the last moment removed them, fearing that a crush would begin among the public. They expected no more than 100 thousand guests, but in the end, according to the most conservative estimate, at least half a million people visited the festival. Whereby, there was no security, and there were no entrance tickets, since the fee for music was contrary to the principles of hippies.

Woodstock – 69: interesting facts about the festival 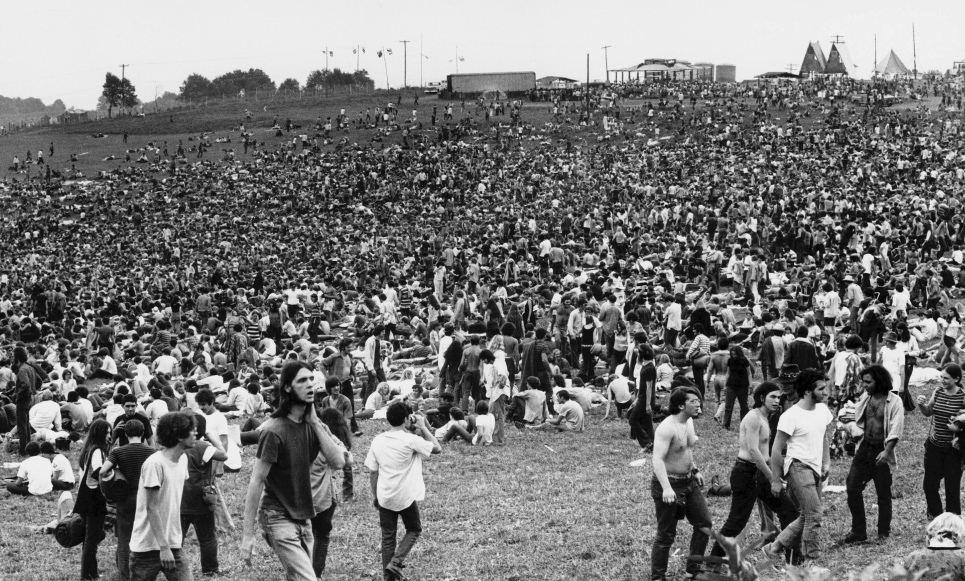 Despite the fact that the order at Woodstock was maintained exclusively by the public itself, while alcohol and drugs were freely available, only three people died at the festival. All of them were victims of accidents, one of which was associated with an overdose of heroin. However, at the festival, according to the media, two babies were born.

A pond on the outskirts of the field for three days became a favorite place for nudists - diving into it in swimsuits or swimming trunks was considered a sign of bad taste.

The festival was covered by more than 500 media from all over the world. In total, about 1,500 journalists came to Woodstock, which was an unprecedented phenomenon.

The owners of the farm field had to spend two weeks trying to clean up all the rubbish left by the guests.

The organizers of Woodstock did not earn a cent on it. However, they later became wealthy people due to sale of festival paraphernalia, recordings with live performances of the musicians and a documentary film.

Attempts to revive Woodstock were made both in the United States and in other countries of the world. The most successful reincarnation of the festival is its Polish analogue Pol’and’Rock, which has been held in Poland since 1995.