American jeans | MEET-USA.COM Portal
We use cookies to give you the best experience when you visit our website. By continuing to browse the site, you are agreeing to our use of cookies.
HomeCommunityArticlesLife in USAAmerican jeans
Add article 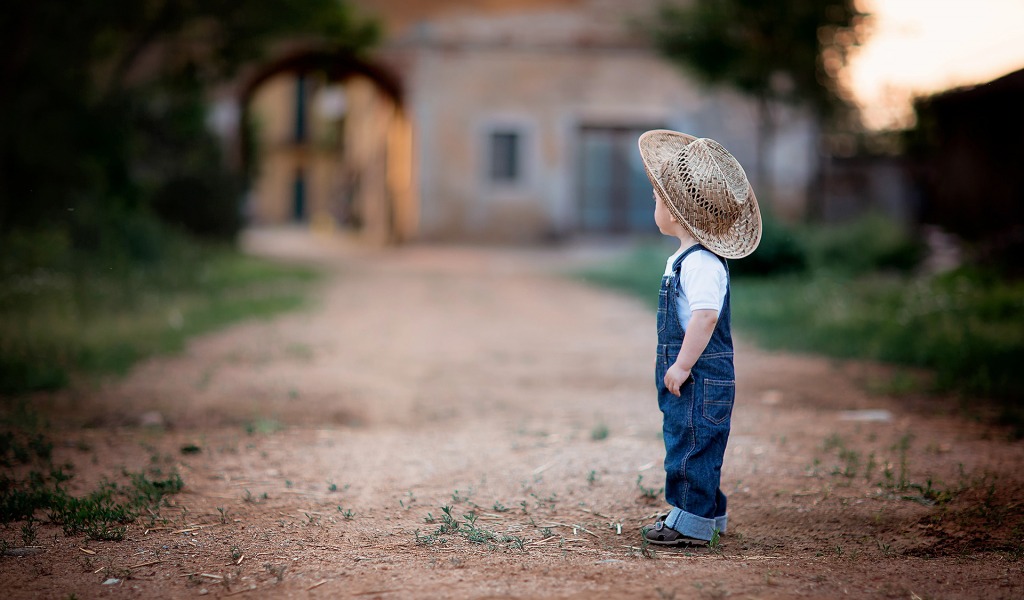 For 150 years, jeans from a purely utilitarian work clothes have become an element of an everyday wardrobe. The world is indebted to the USA for band wagon for jeans products. It was in America in 1853 for the first time that strong canvas trousers for farmers were produced. The forefather of jeans was the emigrant from Germany, Leib Strauss, who subsequently Americanized his name to the now known Levi  Strauss.

In the middle of the 19th century, the sailing fleet was outliving its last days, surrendering its positions to powerful and high-speed vessels with steam engines. As a result, canvas, a fabric for sails, fell sharply. The people began to sew rough, but strong clothes of canvas for work, which had increased requirements for quality and reliability. Lumberjacks, farmers, as well as gold seekers fell in love with working suits by Levi Strauss. Just in 1853 in California there was the most flourishing gold rush, and the pants of canvas with a lot of pockets were very handy. 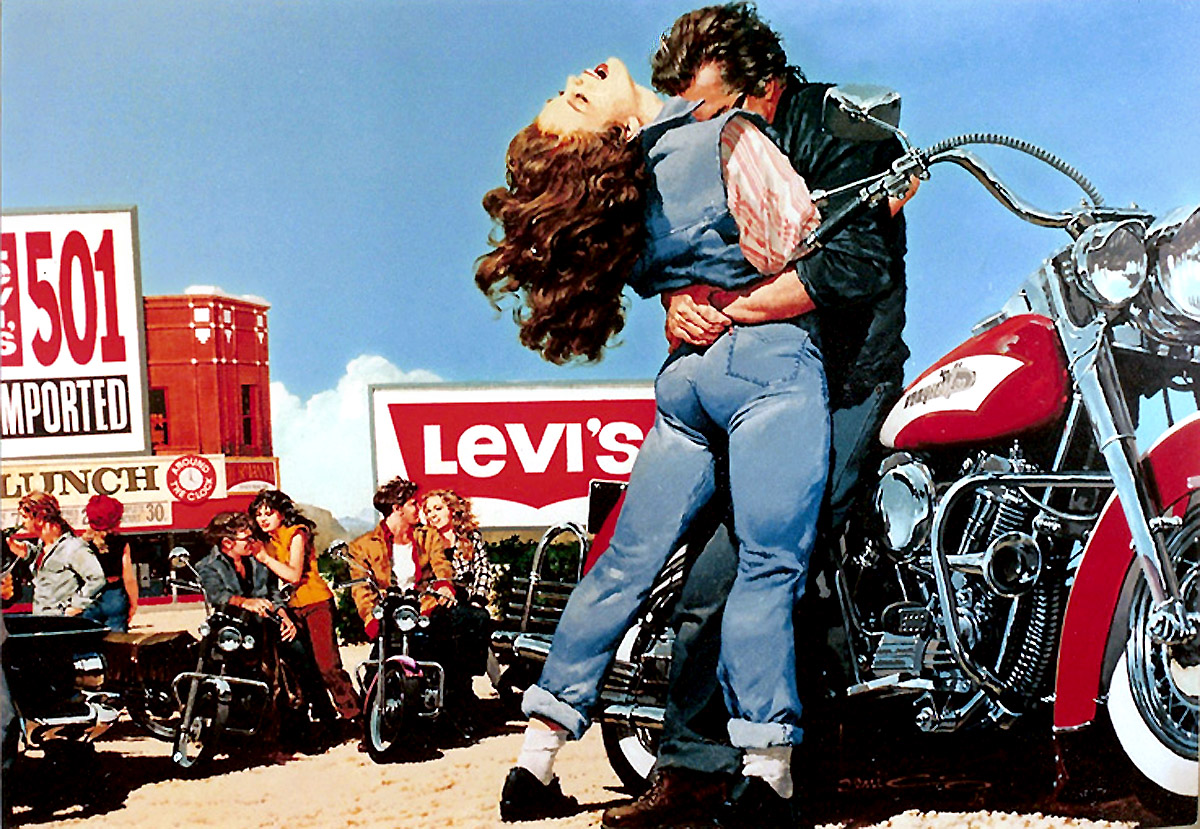 Levi Strauss opened a small workshop in San Francisco and sewed trousers for workers and gold diggers. It is worth noting that Strauss went to the mines and listened to the wishes of his buyers and customers. Thanks to this feedback, Straus’ trousers were made with belt loops, deep pockets reinforced with rivets and double stitching. By the way, the first jeans had weak pockets, which did not suit prospectors who wore washed gold in them. To strengthen them, Jakob Davis came up with the use of rivets made of horse harness patented by Levi Strauss in 1873. The patent was received for production of overalls with pockets.

In the seventies of the 19th century, Levi Strauss moved on to sewing pants made of a softer and more comfortable cotton fabric - twill. Subsequently, this fabric became known by the place of production, the French city of Nimes, called "denim" (from the city of Nimes). The name "jeans" originated from the Italian Genoa, which supplied "indigo" dye for painting the twill from Nimes. Upon having Americanized, the word "jeans" has become firmly established in our everyday life, giving the name to strong and comfortable pants popular all over the world in different circles of society, from representatives of subcultures and ending with the high society.

By the way, according to another version of the origin of the word "jeans", the canvas fabric from Genoa, used to produce spacious work clothes for Italian sailors was called so.

Jeans by Levi Strauss continued to improve, in 1886 they received a leather label. As the proof of strength and quality of the pants the jeans torn up by two powerful horses were depicted on the label. By this time, the gold rush in California had ended and thousands of prospectors had dispersed throughout America, taking with them a pair of sturdy work pants. Thus, by the beginning of the 20th century, jeans had become firmly established among workers throughout the country. Levi Strauss company, LeviStrauss & Co, became the trendsetter of jeanswear in the world, producing jeans under the brands Levi's (Levis), Dockers, LeviStraussSignature and Levi's XX. Among the most famous jeans models from LeviStrauss & amp; Co it is necessary to distinguish the model Levi's 501 Original - one of the most known and popular all over the world. Jeans with the number of batch 501 appeared in the 20s of last century. At this time, jeans began to acquire a modern look, turning from utilitarian work clothes into everyday use items.

In the forefront of popularity of jeans, there appeared other companies that are now known all over the world. It's about Lee and Wrangler. The first of these was created in 1889 by Henry David Lee for production of work clothes. In 1911, Lee company produced its first jeans in the classic sense of the word. Later it evolved, producing jeans of well-known models now, in particular Lee 101 in two versions - with a gulp on zippers and buttons. 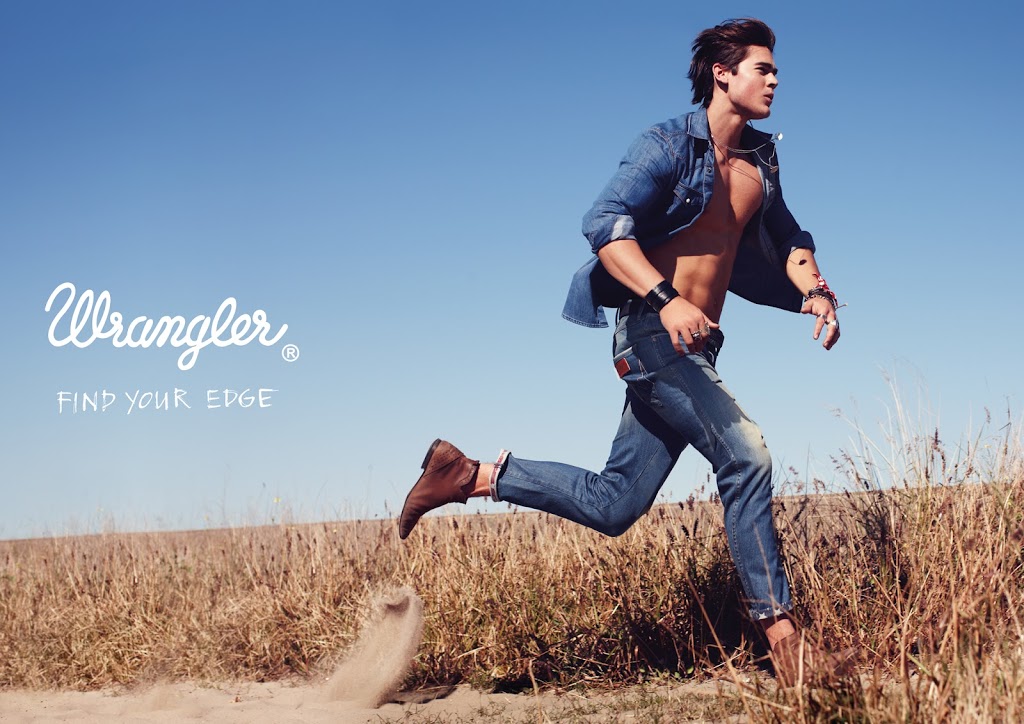 The founder of the second well-known company, Wrangler, is a certain Hudson, who in 1897 worked in the factory of overalls, sewing buttons to trousers. In 4 years the factory went bankrupt and Hudson and his comrades, having decided to produce their own clothes, founded a small company called HudsonOverallCo. It successfully developed, producing different lines of overalls, including for rodeo participants. For riding on horses new models of jeans have been developed - rivets from the back pockets have been removed (so that the saddle does not scratch), the pockets are positioned in such a way to facilitate seating in the saddle, seams were cut, a zipper was used instead of buttons, pants became widened to the bottom (for convenience of carrying boots), instead of usual twill a broken twill was used (it was softer and more pleasant). This model was called Wrangler 11 MWZ, later model 13 MWZ appeared. The figures in the title denote the weight of the tissue in ounces per square yard. By the way, the current name Hudson’s company got in 1943, after acquisition of an analogous factory CaseyJonesCompany, owned Wrangler brand.

Until the 30s of the 20th century, the history of American jeans developed exclusively from the point of view of utilitarian clothing for certain circles of the population (workers, loggers, rodeo participants). Jeans  became popular in the broad masses from the middle of the last century, when the above-mentioned three US brands began to promote their products on TV screens. Marilyn Monroe in the movie " River of No Return" and James Dean in "Rebel Without a Cause" in the mid-fifties promoted popularization of comfortable denim clothing.

Later, various subcultures used jeans as one of the main accessories, including hippies in the 60s and punks in the 70s. Since that time jeans have ceased to be classical, there was a fashion to embroider them with beads, crystals, to paint in colors other than indigo, to change their form.

In addition to the three leaders in the face of Levi `s, Lee and Wrangler, American jeans of such brands as Guess, TommyHilfiger, AmericanEagle are of great popularity.

Depending on the style and fit the jeans may be: