Hollywood is a symbol of the US cinema industry 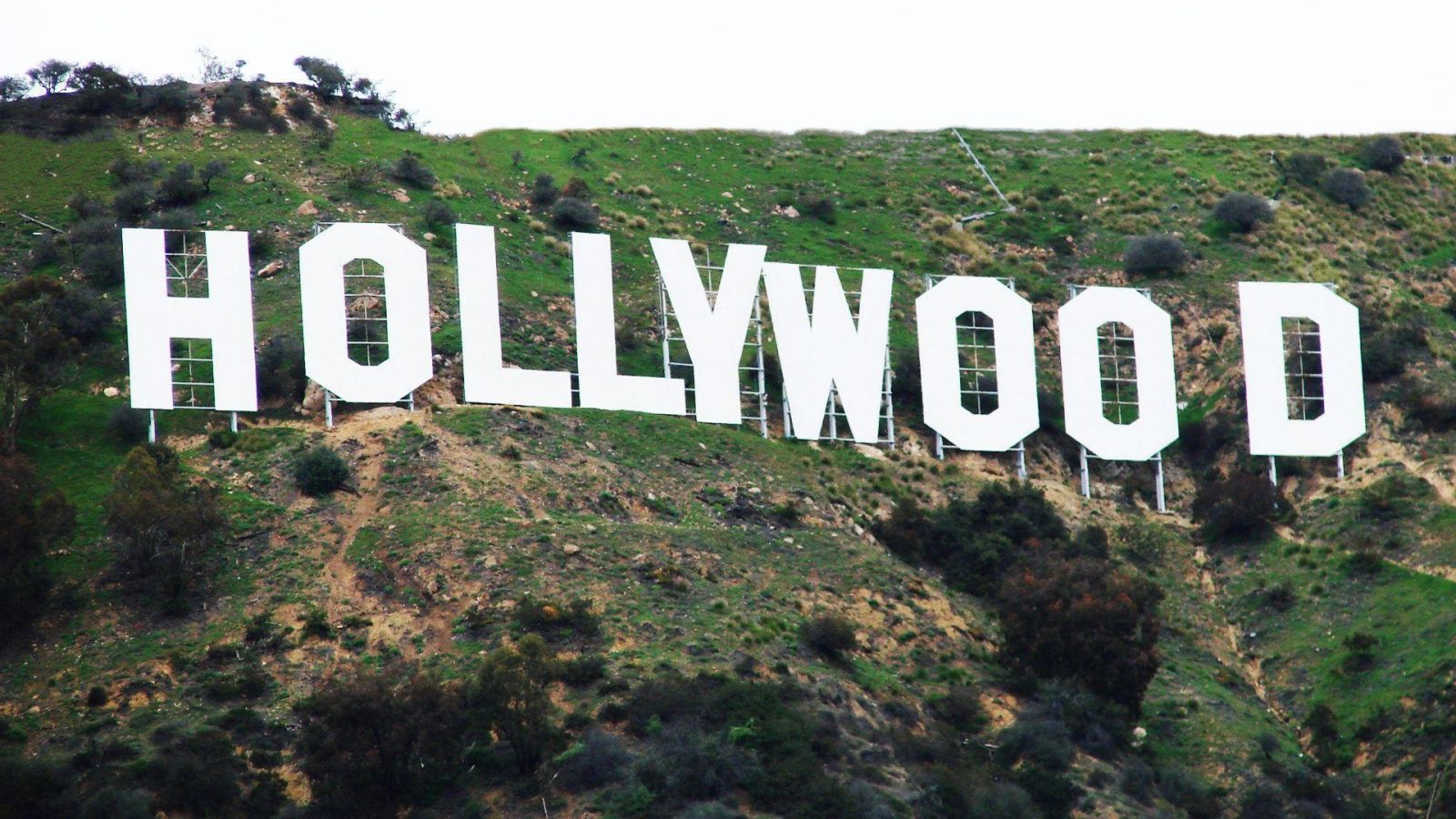 Hollywood is the center of the American film industry, one of the most iconic and well-known around the world concepts associated with the United States. In physical terms, Hollywood is not even a separate city, but one of the areas of huge metropolis of Los Angeles.

Despite the fact that now most of the film companies are located outside of Hollywood (in Westside, West Hollywood, etc.) the district remains the center of the American film industry, a kind of "dream factory". Directly in Hollywood there is a film set of only one American company – Paramount Pictures. In addition, many American movie stars live here, auxiliary sites and companies connected with the film business are also located here. 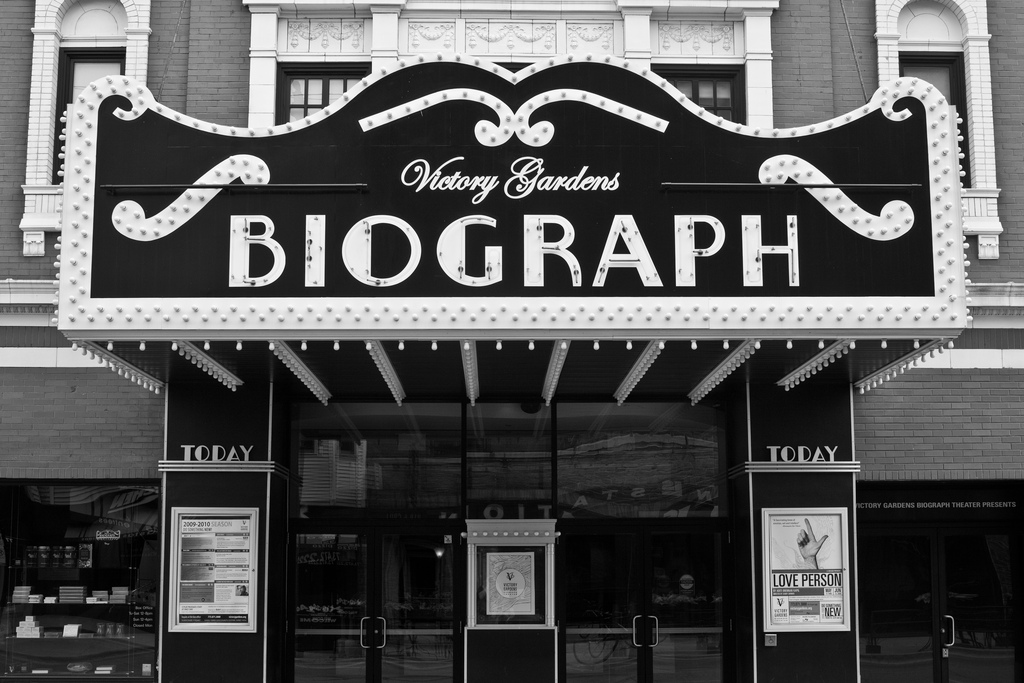 From the 70s of the 19th century until beginning of the 20th century Hollywood developed as one of the many agricultural towns in the vicinity of Los Angeles. In 1910, at request of the townspeople, Hollywood became a part of Los Angeles. The reason for such an association is banal - the district experienced great problems with water and sanitation, upon merging into one municipality it became easier to solve pressing issues.

The first film in Hollywood was done by "Byograph" company in 1910 under the title "In Old California". A year later in Hollywood the first film studio – Nestor Studio appeared, one of the divisions of "Centaur" film company of New York. It was located on Sunset Boulevard, which is 36 kilometers long and runs through the city, including Hollywood.

If at the beginning of the century most of the studios were located in New York, then after Edison's attempts to monopolize production of motion pictures, they began their movement to the West. Attractiveness of Hollywood for the film industry is associated with its successful geographical location. On one hand, the Pacific coast, on the other - prairies and mountains (including the Grand Canyon), with more than 300 sunny days a year, near Los Angeles with human resources and opportunities to provide the film industry with the necessary materials (equipment, films and so on).

Until 1920, Hollywood gained fame as the center of the US film industry. Own studios were opened by such famous companies as Paramount, Columbia, WarnerBros. and others. The heyday of Hollywood, as a symbol of the American film industry, lasted until the early 60's and is known as "classic Hollywood."

The first signs of decline came to Hollywood with the mass distribution of television. The outflow of spectators resulted to closure of many large film studios. A new approach, different from the classic template creation of studio films was required. The era of the "new Hollywood" began, based on the traditions of the European author's cinema. There appeared a whole galaxy of young directors: Kubrick, Coppola, Scorsese, Polanski, Woody Allen and others. In the early 80-ies of the last century the interest in experiments in production of motion pictures came to an end.

The modern period of Hollywood is connected with activity of the main film studios that have gone through all the vicissitudes of struggle for survival: In addition, the products of some independent studios are of great popularity, for example, DreamWorks and so on. Leading studios have units that work in the style of experimental cinema, for example, Miramax Films (Disney studio). They develop the genre of cinema "not for everyone".

The mainstream in modern Hollywood are spectacular high-budget films with special effects and active use of computer graphics. Sequels and prequels of popular earlier films are actively used.

As for Hollywood as an urban area, it is currently experiencing a period of revival. Despite the fact that most film studios moved from Hollywood to other parts of the city, the film industry remained concentrated here. Built in 1990, the subway of Los Angeles was extended to Hollywood, which attracted the attention of employers in the face of film companies, as well as tourists.

Many parts of the district, previously half ruined in the period of decline, are now reviving. Modern  housing is being built, which attracts new residents to Hollywood. Hollywood is still considered the center of Los Angeles nightlife. 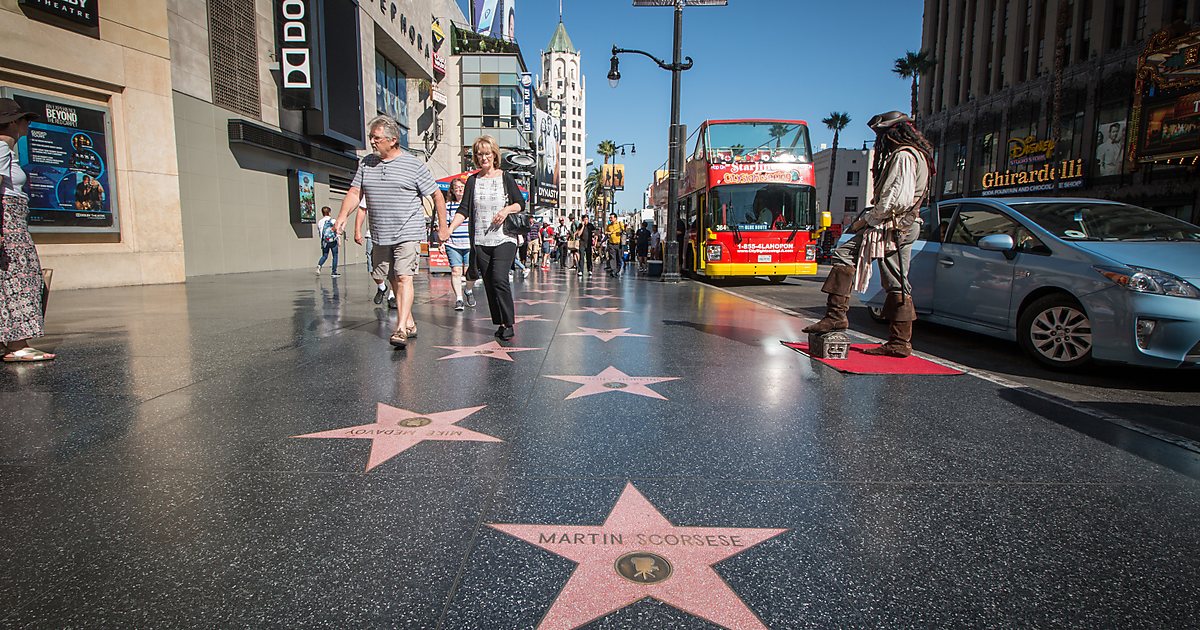 The most famous attraction, a kind of "visiting card", is the Hollywood sign - HOLLYWOOD. This inscription was created in 1923 on the hillside of Mount Lee. Each letter has a height of 15 meters and a width of 9 meters. Initially, the sign was intended to advertise residential quarters, but later it became a real symbol of the "dream factory".

Hollywood has one of the most famous attractions not only in Los Angeles, but also throughout the country - the Walk of Fame. It represents several sidewalks that stretch 15 blocks along Hollywood Boulevard. More than 2500 stars, symbolizing achievements of different people in the field of cinema, music, theater, television, radio are built in the slabs of the pavements. The Walk of Fame attracts more than 10 million tourists a year, which is more than any other sightseeing in Los Angeles.

Dolby Theatre is a theater, which was opened at the beginning of the 21st century under the name "Kodak Theater". Here the ceremony of awarding the Oscar takes place. At other times here concerts, shows and solemn ceremonies are held.

TCL Chinese Theatre is a well-known cinema, previously known as the Chinese Theater of Grauman. It was built in 1927, since the moment of its establishment, it is here that premieres of the majority of Hollywood novelties take place. In front of the building there is another "Walk of Fame" with fingerprints of the hands and feet of the stars selected by the theater's management.

The history of American cinema is inextricably linked with the Museum of Hollywood. Here more than 10,000 exhibits from the world of cinema - requisites from famous movies, things that belonged to popular actors, photographs, costumes are collected, as well as the exhibition of Max Factor, who owns the building of the first American make-up artist and founder of a cosmetic company.

Hollywood Roosevelt is the most famous hotel in Hollywood, built in 1927. The hotel initially hosted Oscar presentation ceremonies. Currently the hotel is popular among tourists.

In Hollywood one can find a lot of other entertainment, it is worth it to see and feel it.