US States | MEET-USA.COM Portal
We use cookies to give you the best experience when you visit our website. By continuing to browse the site, you are agreeing to our use of cookies.
HomeCommunityArticlesLife in USAUS States
Add article 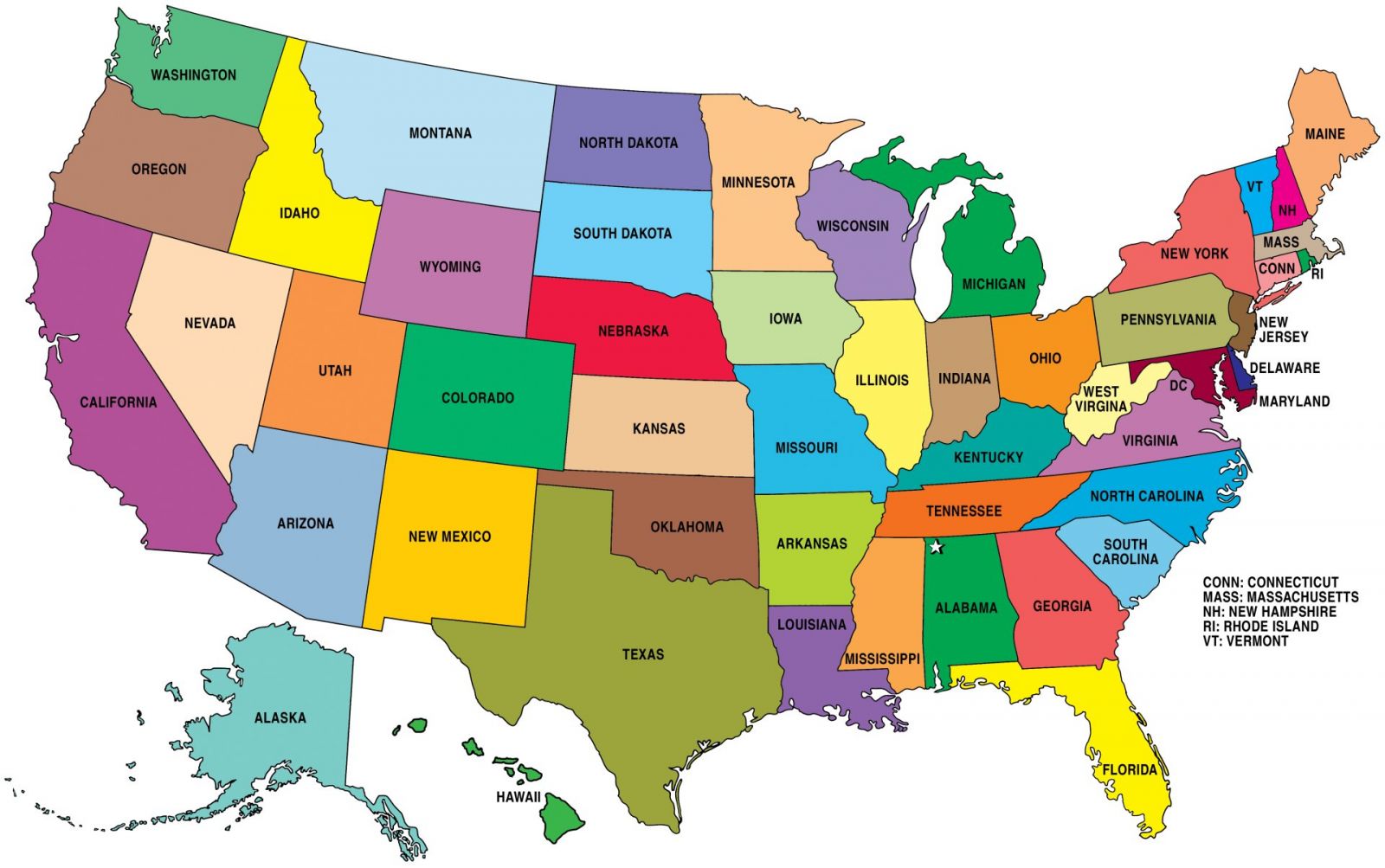 Administratively, the USA includes 50 states and Federal District of Columbia. The states have a fairly large internal sovereignty, having their own flags, laws and so on. On the external arena they are inferior to the federal bodies, having no powers at the state level.

The United States occupies a huge territory and therefore the states located in different parts of the country can differ significantly from one another in various parameters: population, area, income level and so on. Various organizations involved in statistics carry out classification of US states according to certain criteria.

Thus, the Census Bureau subdivides 4 macroregions: In turn, each macroregion includes from 2 to 3 subregions, a total number of 9 units: In this case, the main criterion for division of the United States into regions and subregions a geographical principle is applied.

In addition, it is possible to distinguish the US states based on other criteria.

The largest US state in terms of population is California. Here almost 40 million people live, which is comparable to Spain and other major countries.

The smallest state by population is Wyoming. Here 600 thousand inhabitants live, like in a large regional center of Russia.

There are real giants among the US states by the occupied territories. A world beater is Alaska. This state covers the area of 1.7 million square kilometers. If Alaska would be a separate state, then owing to this parameter it would be included into the top 20 countries of the world.

Not far from Rhode Island there is Delaware (6.5 thousand square kilometers). Delaware is considered the first state to sign the US Constitution of 1787.

The level of GDP per capita is an indicator that economists use to determine development of a state or a separate territory and it makes it possible to rank the states as follows  :   All of the above states fall into the Top 10 countries of the world in this indicator.

One of the poorest US states is Mississippi (GDP per capita is $ 27.5 thousand), which is comparable to the level of such countries as Kuwait, Spain or South Korea.

In the USA the political preferences of the population are divided into two parts between the Republican Party and the Democratic Party. At the same time, some states almost always support the policy of one party, and some of the other.