Native americans | MEET-USA.COM Portal
We use cookies to give you the best experience when you visit our website. By continuing to browse the site, you are agreeing to our use of cookies.
HomeCommunityArticlesLife in USANative americans
Add article 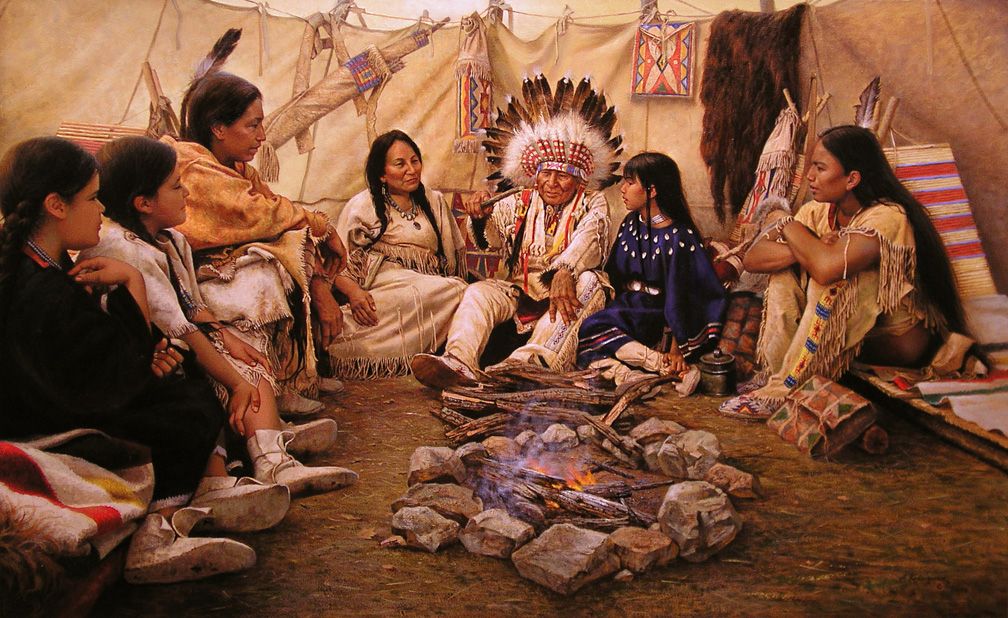 Everyone knows that the indigenous population of America is presented by the Indians. The inhabitants of the vast continent received their name because of the error of Columbus, who sailed to India, and got to America. This mistake was not corrected, and therefore all the indigenous inhabitants not only of the USA, but also of other American countries are called Indians. Naturally, the Indians themselves did not call themselves in such a way, more important, it was not just one people, but many different tribes. In total, at the time of meeting with the Europeans, scientists numbered about 400 different tribes, who spoke in more than 300 languages. Currently, no more than 100 Indian languages ​​are actively used, the rest are lost or not used.

Another nickname for native inhabitants of the United States was the "Redskins". In fact, the skin color of the Indians is swarthy and they are very similar to the inhabitants of Asia. The English colonists called the Indians of Beofax tribe “red-skinned”, as they had a tradition of staining a body with ocher.

Indian tribes significantly differed in terms of lifestyle, level of development and other parameters. Some tribes were peaceful and friendly, and others - very warlike and cruel.

The common classification of Indian peoples is based on cultural-historical regions (areas) of settlement. Within the regions subdividing of the tribes was made according to a linguistic principle.

The following areas of settlement of the Indian tribes are distinguished (this refers to the territory of the modern USA without Mexico and Canada): The Indians of California (in the modern concept of this name) were one of the most numerous cultural groups and included many tribes. Among the most famous Indian tribes in California, we can distinguish the following: Piutes, olons, chumashs, miwoks, mohawes, yukis and others. 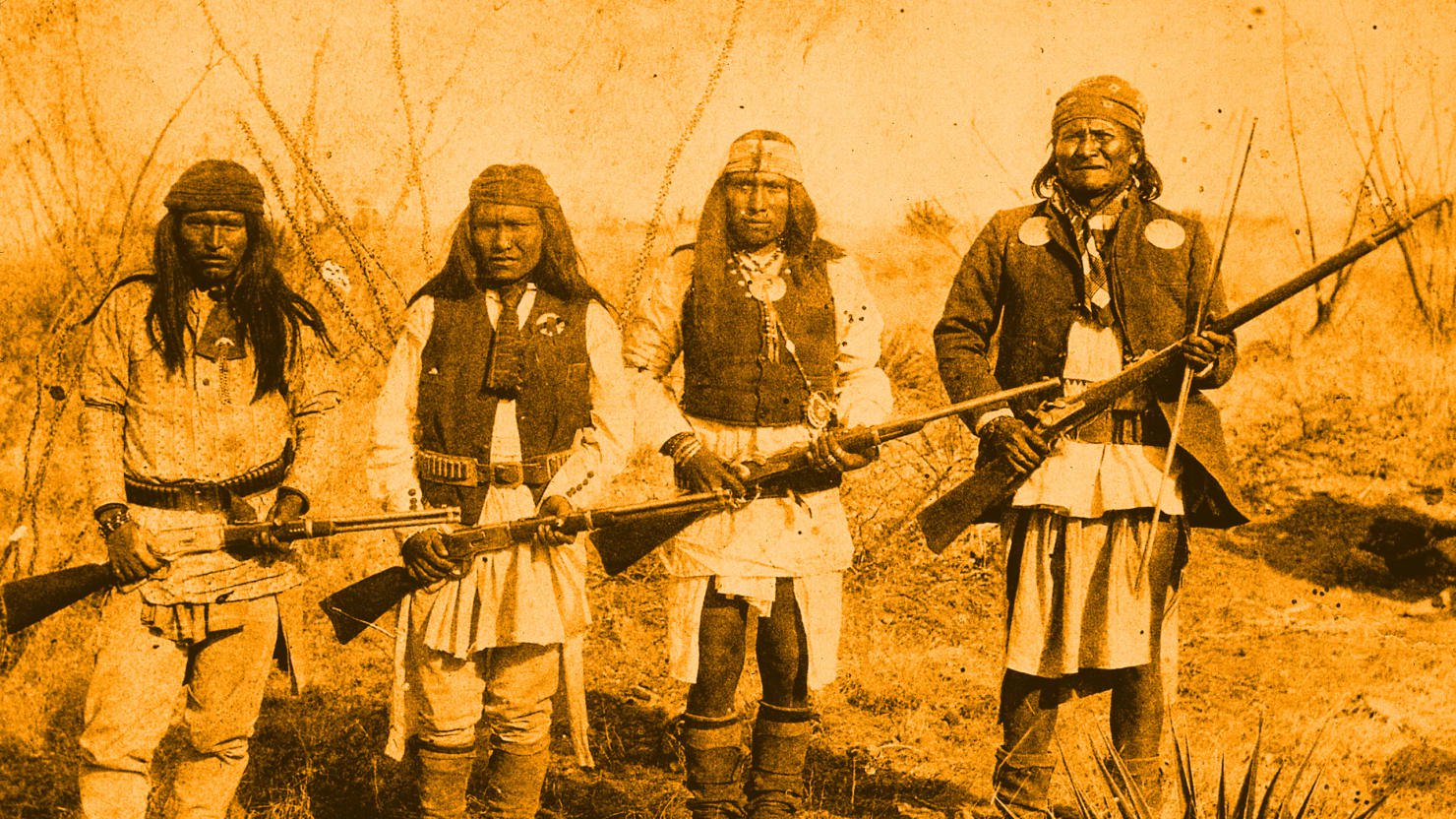 Indians of Woodland are presented by a lot of tribal unions, quite numerous, fighting with each other, and after arrival of Europeans - with them, too. Among the tribes of Indians of the Northeast of the United States the following peoples may be distinguished: Abenakis, Algonkin tribes (actually the Algonquins, and the Cree (forest and plain ones), the Massachusetts, Mohicans, Mohegan, Delaware, Pekot, Ojibwe, Ottawa, Shawnee (Shoni), Blackfoot, Cheyenne and others), Iroquois tribes (kayuga, Mohoki, Onayda, Onondaga, Seneca, Tuscarora), Hurons and so on. One of the most warlike tribes of Woodland were the Iroquois, who fought with the Algonquin Indians and Europeans. Iroquois more quickly than other tribes understood the advantage of firearms and successfully used it against their enemies. This tribe had the Dutch as an ally and later - the Englishmen became their allies, fighting on their side against the French for lands and sphere of influence. The Iroquois lived in long houses made of bark, each of which housed the whole family.

The tribes of the Great Basin present a number of nationalities, among them: yutas, pima, shoshoni, paiyuty, bannocks, goshutys and others. 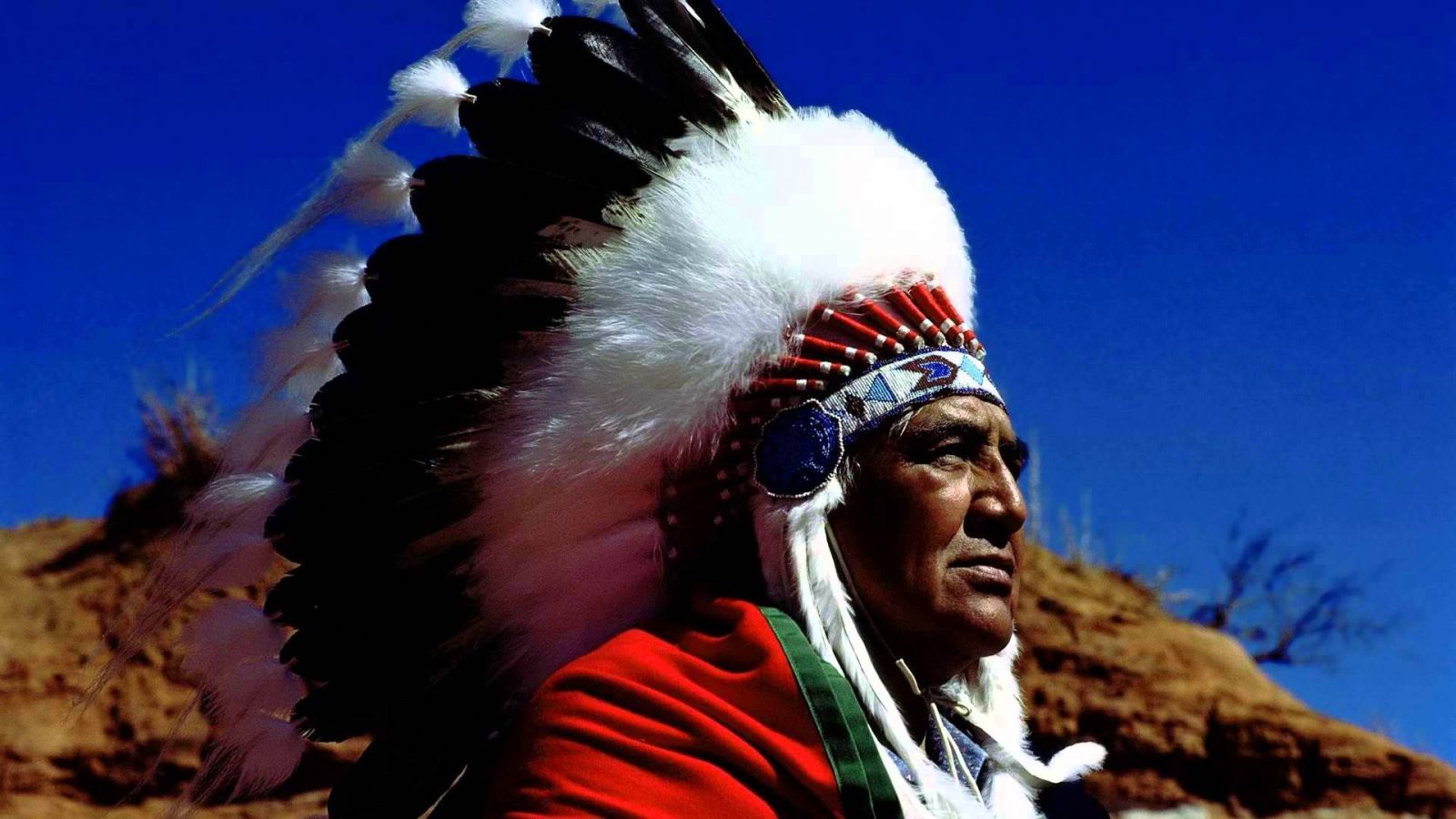 Indians of the Northwest of the USA: Noctka, Latgawa, Tlingit (lived in Alaska), sukvomishi, klikitaties, skokomishi and so on. It should be noted that the Indian tribes of adjacent cultural habitats often mingled with each other. It is impossible to distinguish clearly the habitats of certain tribes between the regions, often the tribe was divided into several varieties (according to the way of life or occupation) and referred to different areas.

The Indians of the Great Plains, or, as they say, the prairie Indians are a large group of tribes that includes many well-known names: Ojibwe (plain), Ottawa, Crees (plain), Apaches (a group of warlike tribes), Arapahos, Blackfoots, Cheyennes, Comanche, Crow, Kiowa, Missouri, Sioux (a group of tribes), Assyniboyn and others.

Many Indian tribes under the influence of European immigrants changed their way of life and occupation. Thus, the Cheyennes, who were engaged in farming and hunting, after getting acquainted with the Europeans, switched to equestrian hunting for bisons and left for the prairie. As a result, the Cheyennes were compelled to fight the Comanches and other primordially lowland tribes. Cheyennes and other plain Indians lived in a tipi - portable housing of wooden poles and buffalo skins.

A group of Sioux tribes (dakota, crou, assiniboynes) previously lived in the Great Lakes region, but they were driven out by Algonquin and moved to the prairie. There they were engaged in horse hunting for bison and fought desperately for their lands with Europeans. By the way, Sioux was famous as one of the most warlike Indian tribes. Their main weapon was a bow with arrows, a spear and a tomahawk (originally not an ax, but a mace), and later - rifles. Sioux lived in dugouts or tipi (in campaigns). Among the known Sioux there is a leader of Hunkpapa tribe Sitting Bull. 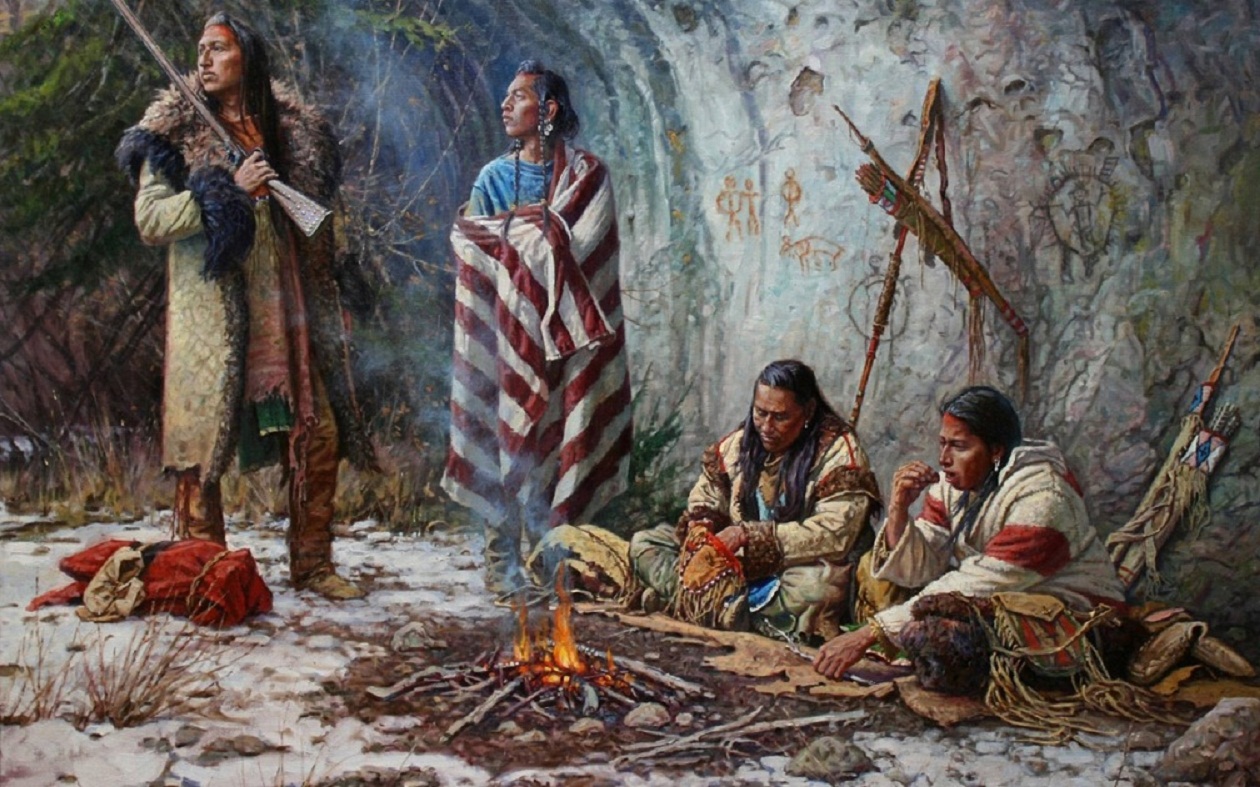 Indians of the Southeast of the United States are also a large group of tribes, which include: Tuscarora, Yuchi, Yamashi, Timukua, Seminole, Alabama, Kalusa, Katoba, Muskogee, Cherokee and others. Many tribes of the Southeast of the United States are related to Indians of other regions. So, the Cherokees are related to the Iroquois. They left the habitat in the Great Lakes region in ancient times and moved to the south. The Cherokee are famous for the fact that in the beginning of the 19th century their leader Sequoia introduced the syllabic alphabet, which is also used today. Many famous people all over the world have Indians among their ancestors from the Cherokee tribe (Johnny Depp, Chuck Norris, Barack Obama, Elvis Presley, Quentin Tarantino).

The Indians of the Southwest of the USA belong to the group of tribes of pueblo (Apache, Navajo, Kochi, Mohave, Pima and so on). They built wattle-and-daub housing, being engaged in farming, ceramics, processing of copper and other handicrafts. They lived in quite large villages. 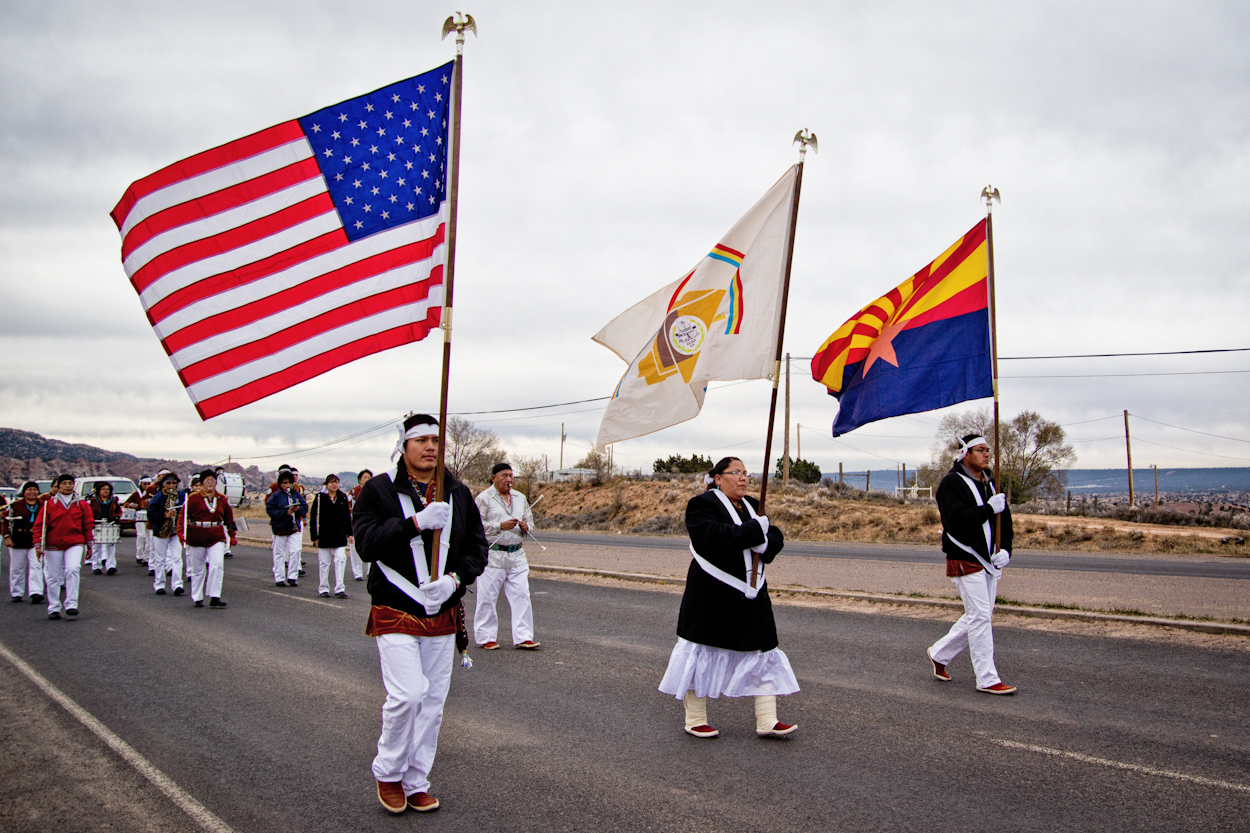 Currently, the US Indians live compactly in reservations or are dispersed throughout the country. The largest reservation is the Navajo Nation with the area of 67,000 square kilometers. It is located in the states of Utah, Arizona and New Mexico. Reservations are semi-public entities with their own laws, government, courts and law enforcement agencies.

The population of Indian tribes 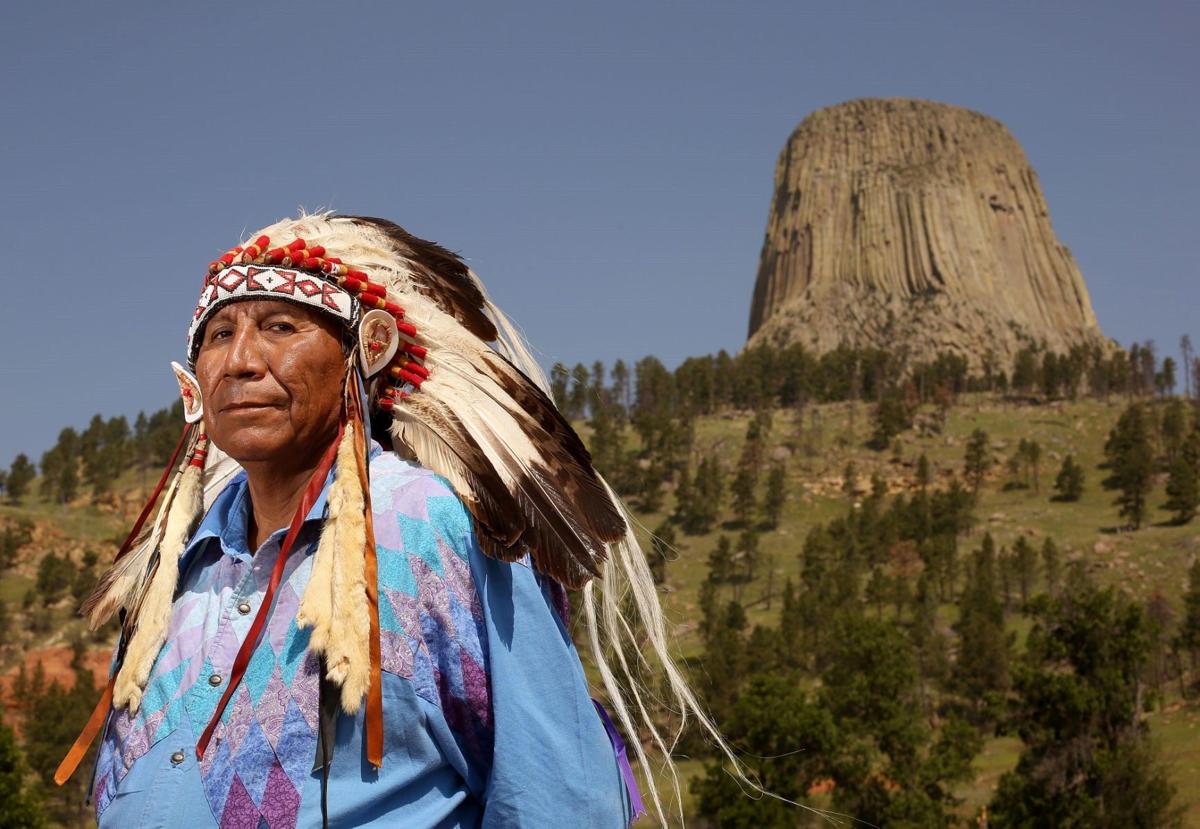 In pre-Columbian America (we are talking only about the territory of the USA), the Indians, according to scientists, numbered a considerable population of up to 75 million in total. Of course, a population census among them was not carried out and it is very difficult to announce an exact figure. To date, no more than 5 million Indians live in the United States. California can be called the most "Indian" state, where more than 750 thousand Indians live, followed by Oklahoma (420 thousand) and Arizona (370 thousand).

Among the tribes at present, the Cherokee, Navajo and Sioux are the most numerous. The population of each of these tribes exceeds 100 thousand people.